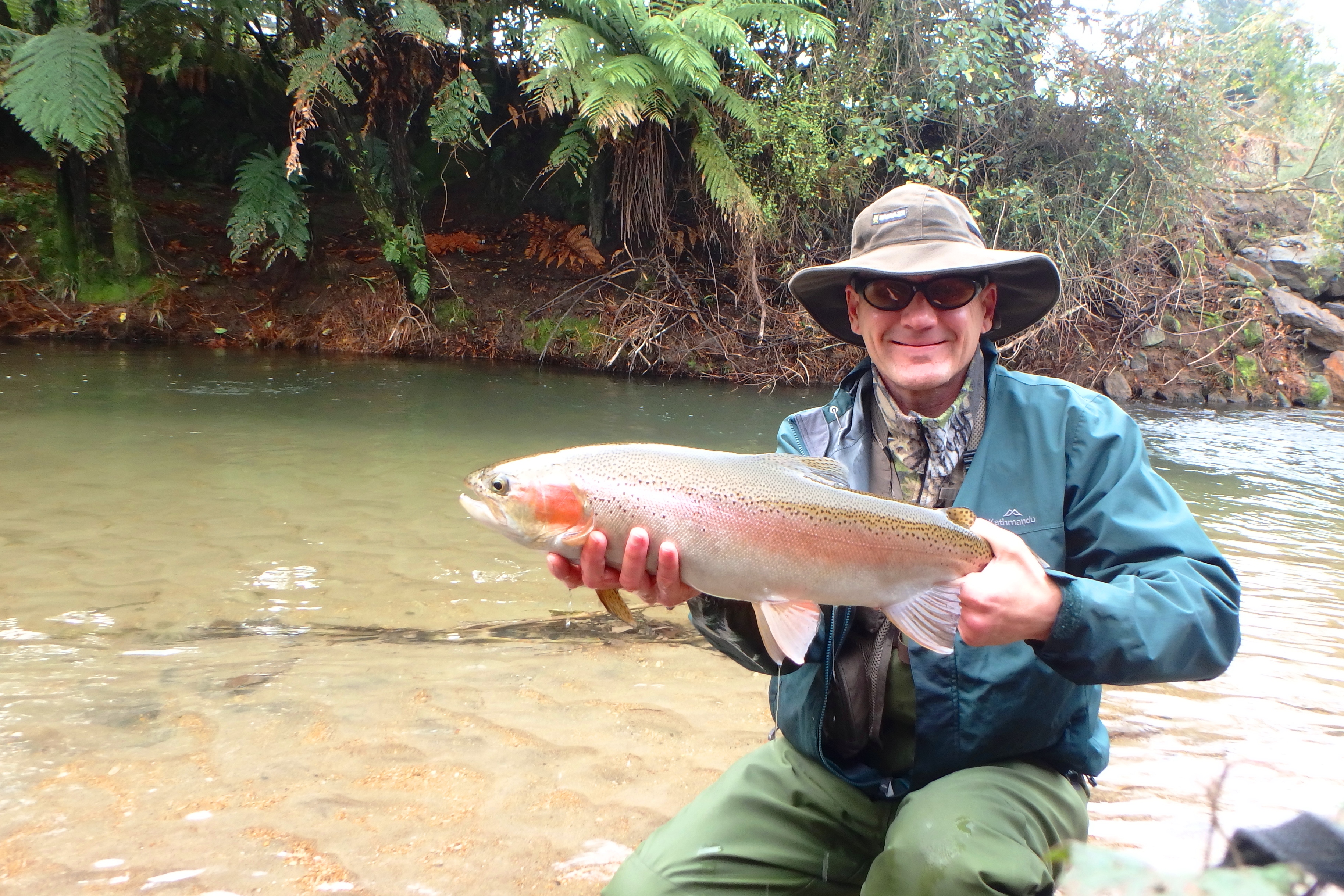 Anglers are being urged to "grab the last chance" to fish one or more of Rotorua’s three iconic lakes before they close to boaties this weekend for the rest of the winter.

The popular lakes of Tarawera, Rotoiti and Okataina will be “rested” from July 1 until October 1, 2017 when a new season opens again.

Mike Bodie shows off a 3kg wild rainbow from the Ngongotaha Stream he says “testifies” to the quality of fish from Lake Rotorua that’s open year round.

Eastern Fish & Game Officer Matt Osborne says anglers who are keen on boat fishing these lakes, along with those who may not yet have visited them, "should take this final opportunity for the season as we have a favourable weather forecast that hopefully will hold for the remainder of the week."

He says it's a time of year when fish are present at various levels in the lake's water column, so a variety of fishing methods can produce results.

"Smelt are still active, so techniques ranging from shallow harling to the use of downriggers can produce catches."

Mr Osborne says fishing early in the morning or late in the evening are the best times to target the trout that are chasing smelt.

He advised boaties to “actively search out the trout on your fish finders” and then use the method that's most appropriate.

"We have recently received good fishing reports from Rotorua, Rerewhakaaitu and Rotoma, three lakes that remain open all winter, and we suggest harling on still mornings with smelt flies around drop-offs and weed beds.

"Spin fishing from the shore can also be productive at this time of year as many of the bigger fish look to spawn in the shallows."

Mr Osborne adds that the stream mouths on Lake Rotorua are also a good place to try, especially the Ngongotaha and Waiteti mouths which will continue to attract fresh runs of spawning trout after rain.

Fish & Game says that for more up to the minute information on waters remaining open after September 30 and the many shoreline angling opportunities available, anglers can contact the office on: 07-3575501.