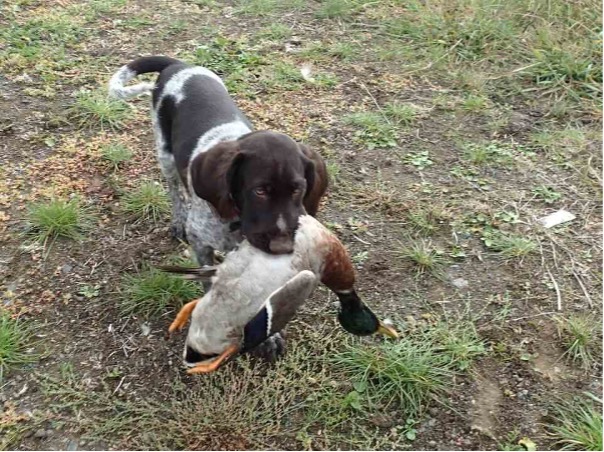 Opening Weekend started well with more shooting than we have heard for years, perhaps as those hunters lucky enough to have water in their ponds capitalised on all the ducks this attracted.

Many reached the new local 2022 limit of eight mallards, came close to it or had some great excuses.

Fog hampered many, and a fine weekend meant little wind to drive it away.

Those entirely without water responded by either travelling south to districts that did or by being enterprising.

Several on the Waikato River, for instance, improvised a suitable spot and did rather well. We told one hunter his flappy decoy was working so well it had drawn in rangers from over one kilometre away.

But we also watched from a distance as two flocks of ducks came in low and slow over his flappy.

As rangers mooched around backwaters following up riverside ponds to check, it was noticeable how many ducks were lurking about in the mist.

They or their feathers were everywhere in these otherwise lightly hunted areas.

Bags were well up on Lake Waikare, but some were fogged out on nearby Lake Whangape.

Waikato Delta hunters were mostly pleased with their results, though pockets of fog still hampered and frustrated some.

Several hunters actually liked the fog and said that by calling lots the ducks would drop right into them, though you had to be quick when they did.

Even those with light bags seemed to sport wide smiles, just being happy to be out with mates doing what they loved and giving each other stick.

The “wrong” tide was a big factor, and some even slept overnight in their maimai to get past all the low-tide mud.

Above Right: Young GWP Willow brings back the goods.

A downside to the season is that several incidents have been reported to F&G of people who seem to care little for the future of our sport, which would spoil it for all of us.

For instance, so-called “Boat-Rambos” who shoot ducks under power and next to riverside housing besides. Public complaints follow.

They should know that if Police revoke firearms licenses for such behaviour, it is typically ten years or more before they are even eligible for getting their firearms licence back, and then only if they have been squeaky clean.

Whole sections of rivers are likely to be closed down if such people persist in flouting the law.

A video showing them shooting under power and/or vehicle registrations would certainly help any investigation.

Speaking of licences, shooters checked tell us that it is still taking up to 18 months to obtain a new or renew an existing firearms licence, even if it is essential for their work.

Ironically, the passport office recently apologised to NZ for taking 22 days to issue a new passport.

Shooters should be so lucky; not even an apology for us. 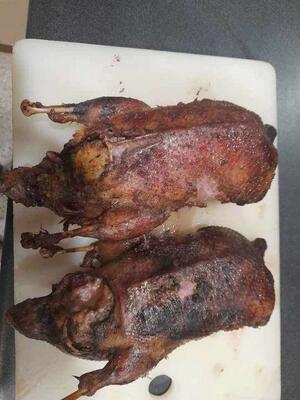 From what wee Willow gathered above, to this...

Many hunters seemed to know about the new trigger locks now needed and about securing ammunition carried in vehicles.

Feeding maize is also banned in this region unless it is at least 100m away from water.

This offence has been repeatedly detected this year, and, for instance, one group of hunters were aghast to learn their “mate” had been feeding their pond.

The very next morning, they were out with brooms, rakes, buckets and kids cleaning up every last kernel of corn.

If they hadn’t done this, they risked the whole pond and a 100m margin around it being closed down not just to them but to all shooters for the entire length of the season.

A similar incident involved a secret pond well decorated in maize but discovered early on by rangers.

Several unpinned guns were seized, at least one of them borrowed.

Fish & Game has a brand-new game bird cookbook out for the discounted sum of $49.99 plus post and packaging.

There are a ton of hints for anyone cooking game birds, not just how to make ducks and pheasants into low-fat heart-healthy gourmet dishes but even how to make swan and pukeko taste good (honest! Those that know how they should taste are adamant!).

Posted in Both Barrels, Hunting; Tagged Hunting Posted 47 days ago by Default Admin