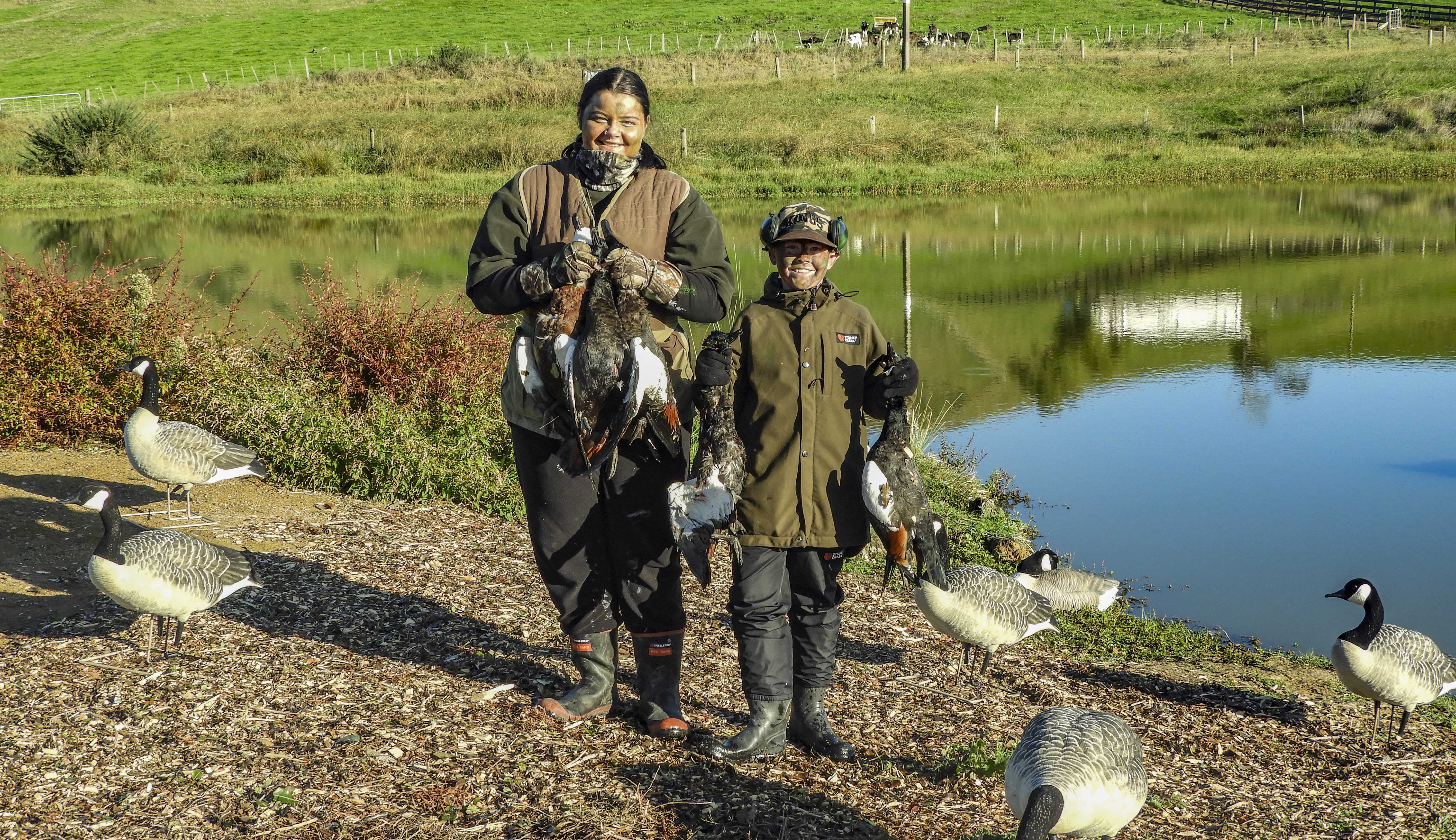 Water, or rather the lack of it, was a major problem on opening throughout the region and for the second year running.

The lack of water wasn’t just bad news for hunters, it's also been tough for the ducks.

The lack of water during spring and successive droughts in some of our normally most productive breeding areas like the Hauraki Plains meant we had an extremely poor breeding season in some areas.

We need to wait until all of our band returns for the season come in before making any definitive comments regarding the population in this region but indications at banding sites were that numbers, particularly Juveniles, were well down.

Juvenile birds have almost twice the harvest rates of adults, being naïve and suckers for a mojo so a lack of juvenile birds at the start of the hunting season will certainly make it tougher for the guys in the field.

A couple of enterprising hunters solved this problem by lining their pond with black plastic which, from a distance, fooled enough ducks into range to get a good feed.

They probably did better than many hunters, some said their pond was the driest in 20 years.

Others could walk (or even drive!), over their pond and the promising rains before opening just soaked away.

As always, pockets of hunters did very well even as others struggled.

One guy asked his mates why they were packing up so early on Opening Saturday.

They said they already had their limits by 10 am and were heading home for a feed.

His brother would have been hunting with him but for the fact that Police have yet to renew his firearms’ licence, so he couldn’t travel “unsupervised” with his firearm.

How many hunters who applied in good time and good faith, we wonder, have been left in the lurch due to police entirely failing to resource relicensing properly?

Some 8000 licences, new and renewals, are backlogged, some going back years.

Fish & Game at a national level has repeatedly asked the Police Minister for an extension to cover this excessive lag period.

Police are now advising you to apply at least four months in advance for renewals and six months ahead for new firearms licences.

If your licence expires while you wait, you’ll need to transfer your firearms to another currently licenced shooter.

You can only shoot under the immediate supervision of another currently licenced firearms owner.

Staff are considering a recommendation to Council that motorised boats are prohibited for drift shooting on rivers, (i.e. limiting drift shooting to kayaks and rowboats only), due to the number of reports received of hunters shooting under power.

If everyone just did it properly then we wouldn’t have an issue, but the fact that we are getting complaints on an almost daily basis isn’t good enough.

With the number of boats out there ‘drift shooting’ in areas where there are cycle tracks, walkways and houses, it’s just a matter of time before there is an incident.

Don’t forget to send in your band/s before you drop them on the floor and can’t recall which one you got when.

Should that happen, we’d much prefer you were honest about not knowing which was shot where or when.

There are some great new prizes in 2021, and every band reported goes into the draw.

Don’t forget that the season in the Auckland Waikato region now finishes earlier each day at 6 pm, (not 6:30 pm).

This is to ensure you can recognize what you are shooting at but also find it after it hits the deck.

Lead shot, including in sub-gauges near a waterway, is now completely banned for waterfowl, except for .410” bore shotguns.

Several hunters have lost their guns in this region this season by persisting with lead, so it’s not worth the risk.

Remember that, “Going for Green”, (targeting drakes rather than hens), is one definite way you can help mallard ducks make a production comeback in 2022.

Another is competing in the Swamp Comp-“fewer predators, more ducks”- competition.  The extensive 2020 list of prizes and winners can be seen here: https://www.huntingandfishing.co.nz/swamp-comp-prizes

A great concern for us is people who dump ducks.

This only leads to public calls for the sport to be banned and we all suffer the backlash.

New hunters probably lack the mentorship that previous generations did when Grandma showed them how to convert something in feathers into a delicious dinner.

Here’s a great duck recipe link that we think anyone could manage - even the kids love it.  It’s an entertaining video from across the ditch too:

Our expert chef Paul adds: “Cut the breasts in half horizontally, then use a meat bat to make them an even thickness, (i.e. thinness!).

Dip in plain flour, egg, (add salt and pepper here), and breadcrumbs, or you can replace the breadcrumbs with either nachos or Griffins Sesameal crackers, (made into fine crumbs in a food processor), to joosh it up.

You can crumb pukeko breasts the same way but don’t bother with the legs which have too many sinews.

Some guys actually quite like their cooked pook.  Hopefully it is not in default of a feed of mallards.