Auckland/Waikato Both Barrels May 2019 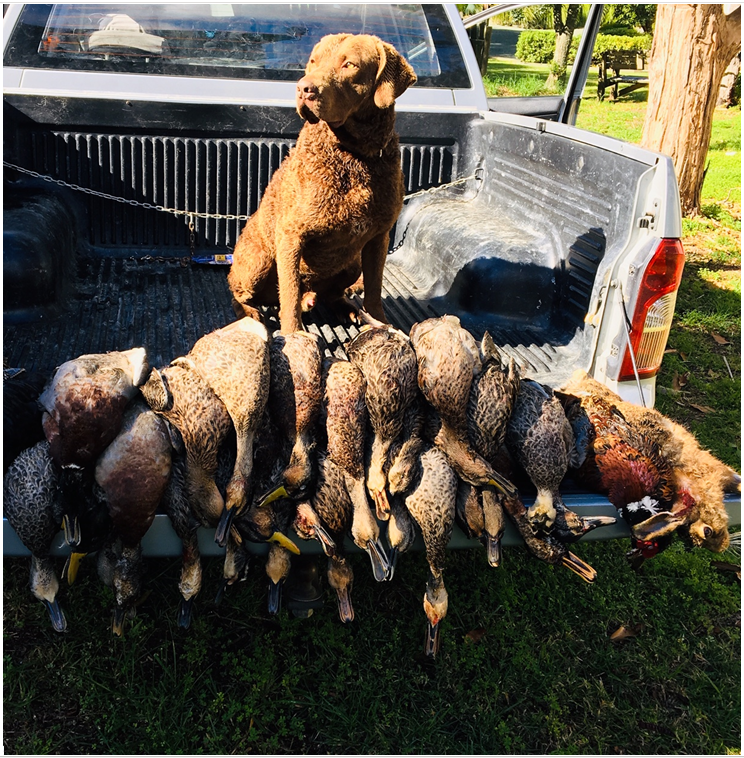 It didn’t matter where you were this opening, fog was an issue, be it Whitianga, Waikare, Hamilton or Kaipara.

You can’t hit ducks if you can’t see your nearest decoy, though for some it worked to their advantage.

In fact, some lake hunters needed a GPS just to find their mai mai and those that didn’t take one (and waypoints) sometimes got well lost.

Next in line of excuses was water – if you had any.

Ponds that were full generally did a lot better than those with little or no water.

Some enterprising hunters made up a temporary mai mai on the nearest river to at least get a few shots in and exercise their dogs.

The last of the excuses was that it was fine-as with calm conditions with us for much of the early season.

So did people get ducks?

Surprisingly while some were heading home early, others were getting respectable bags not far off.

I guess it all comes down to the spadework put in and being where the ducks want to be.

Full credit to the chap whose son got married opening day, but he still got a quick shoot in.

We wonder if those camo-waders looked out of place at the wedding?

Police were out around Clevedon checking hunters and best of all everyone passed.

The boat-rambo who was out there last year must have thought better of it this year.

Fish & Game staff were out in some beautiful remote places that many New Zealanders will probably never have heard of.

Hunters there on the second weekend were doing well on parries with some geese as well.

One thing that marred the opening weekend was a number of hunters not compliant on the Hauraki Plains.

Offences including hunting without a licence, lead shot and unplugged guns.

As a result staff had to alleviate those hunters of their firearms, six in total.

In hindsight most agreed it simply wasn’t worth it.

A few louts also decided to ditch their bird carcasses in very public places, such as beside highway lay-bys and in a drain behind housing.

What on Earth possessed them?  How hard can it be to take a spade both for any human waste as well as getting rid of duck frames when the meat is removed.

There is a $5,000 fine for leaving game carcases in the field.

When the media get a-hold of such instances, it makes all hunters look bad. 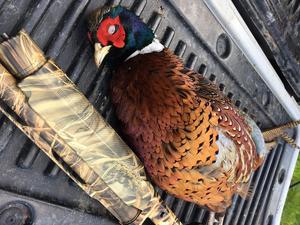 A fine example of an Auckland/Waikato pheasant.

Get the meat made into bangers and we don’t think you’ll have any trouble cooking and eating it.

The hunters who have been out since the generally slow opening have been making up for it.

Persistent hunters will always do better and with the recent storm that blew through last Sunday, some good bags are being reported.

One hunter asked if Fish & Game are still releasing pheasants as he keeps seeing them.

Well, how bad could that be?

Don’t be afraid to knock on farmers doors because they do sometimes say “yes”.