Auckland/Waikato Both Barrels May 2018 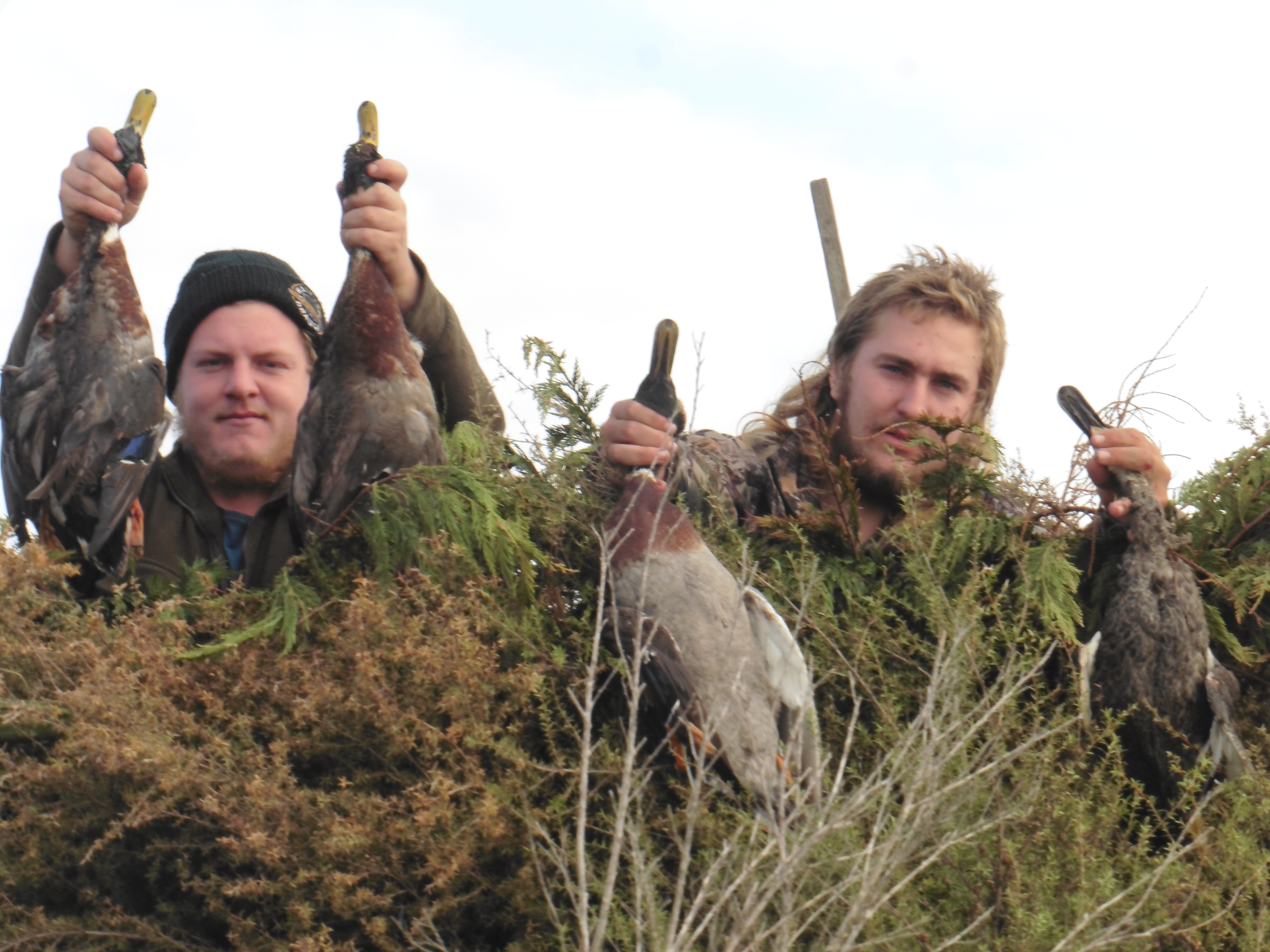 Opening weekend saw blue skies and hardly a breath of wind for many.

To further complicate things, some hunters, for instance, particularly those on Lake Whangape, had to contend with dense fog until around 10am.

Their hunting didn’t really get underway until they could see.

Above Right: Some happy hunters with their results from opening day on Lake Waikare.

While hunting was patchy under these fine conditions, most people would agree that they at least saw many more ducks than usual – a result of our overly long wet spring which saw ducklings appearing long after we’d have normally expected them to stop.

Many hunters on opening however were too busy shooting to look for excuses, though bad shooting and light bags because of it was a complaint heard several times while ranging.

Generally numbers of birds bagged seemed well up, though with flights favouring some areas more than others.

Limit bags or close to it in the morning were occurring in places that have been doing it tough in recent years, such as parts of Lake Waikare.

One hunter, said that their Waikato River bach did the best they have in 14 years, not huge numbers, but huge enjoyment for them and they were still buzzing about it afterwards.

Isn’t that what it is about?  Another part of the Waikato River nearer Tuakau was quieter than usual.

Perhaps something to do with nearby flooding?  Hauraki Plains hunters generally did very well.

One of the let-downs on the weekend was an instance of skybusting.

The particular hunters there were opening up on circling birds when they’re barely in range, yet potentially they were decoy-able.

If they scratched one down, they keep spraying and hoping they’ll get another.

If only these skybusters used some restraint, then instead of getting the odd bird, they could potentially decoy them in and bag a much higher number.

Other hunters in the area would also have a chance - a win-win for everyone.

Another sort of lout is the one who will shoot in the air when birds are decoying in to a neighbouring maimai, just to spoil it for them.

There is nothing sportsmanlike about such behaviour.  While these activities are not illegal, they are certainly unethical.

We can’t help but wonder of some mai mai disputes, where one guys tags went missing and another tagged it up, have their origin in people getting fed up with such carrying-on by a yob in the area.

Newer hunters also need to be aware that shotguns are not rifles.  The effective range of a shotgun is 40m or better still closer.

Rangers over private land came across a number of lead-shot offenders who lost their shotguns and now face court-action.

Pleasingly the number of ducks lost, (not retrieved), seemed quite small as many hunters either own or share a dog.

The second weekend was much better weather for ducks, low cloud and rain, but ironically few hunters got out to exploit it.

Those that did “whacked and stacked” their share.  Perhaps the rest are waiting for a big blow to stir up ducks on the harbours.

DoC have also asked if hunters could be especially vigilant of fairy terns.

The New Zealand population of this species is incredibly low at just 45 birds and in winter these tend to be found around Tauhoa, Tapora, Port Albert and Waionui Inlet.

Because they nest on low-lying sandy areas in summer, (typically in Waipu-Mangawhai, Pakiri and South Kaipara Head), they are also extremely vulnerable to human disturbance and predation.

Keep in mid they have some similar looking relatives that also frequent hunting areas – all Fully Protected Species.