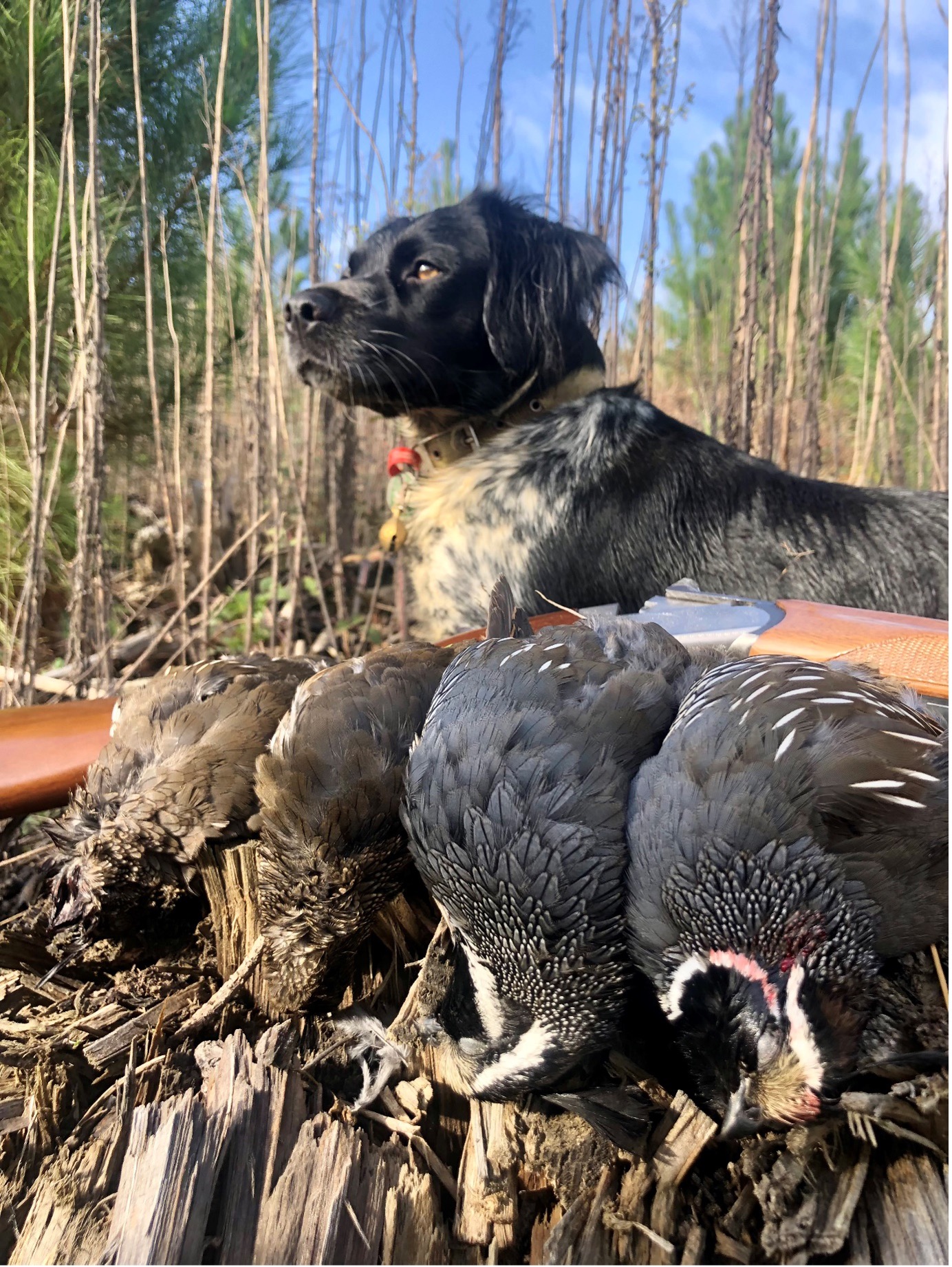 Hunters in this region were somewhat divided in our phone surveys as to whether there were more, the same or less mallard ducks this year.

Some thought it was the best season in 8 years.

However, a frequent reply was that there were plenty of birds around just before the season opened, but not on the day.

Obviously, if several hunters are in a maimai, this is going to be the main topic of conversation and various theories advanced.

The lack of water on many Hauraki Plains ponds, for instance, meant that those birds that would get disturbed by these hunters, and so moved over other maimais, just didn’t happen as much.

However, people on permanent water such as rivers seemed to mostly benefit from the drier swamps.

Above Right: A Brittany spaniel poses with a good bag of Californian quail from forestry land.

The roles of maize cutting, maize silage and standing water in the fields when bad weather arrived, all played their part.

Several hunters told us that they had 80 mallards for the season, and it was noticeable that many bags increased as stormy weather approached.

By Queen’s Birthday weekend many lakes and ponds were filling up.

The low waters early on, and the poorly timed tides, meant that some so-called Boat Rambos were hard-pressed to skim over sandbars and this activity in some tidal areas was reduced this year.

Such illegal activity scares off all the birds from a river for some time to follow.

Local hunters in many cases know where these muppets launch from and where they tie-up, if, in fact, they don’t already know their names as well.

Why not let them know how they are putting your sport at very real risk.

The pressure of subdivisions, as well as new walkways and cycleways, means we’re reluctantly looking at the banning of drift shooting between Hamilton and Horotiu.

Fixed maimais with a known cone of fire can avoid these issues, but it is much harder in a drifting boat, especially if the shoreline is obscured by vegetation.

Does this affect you?

Let us know what you think? 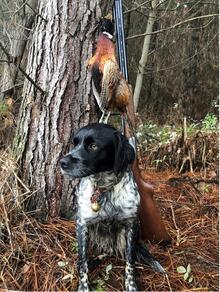 And a pheasant. Good dog Aria!

Friday 24 June is Matariki Day, so we now have a new long weekend.

While the mallard/grey/shoveler season is now over in this region, Matariki occurs on the last weekend for paradise shelduck and also for swan in some areas.

Pheasant, quail and pukeko also remain on the calendar until 28 August and those going after pheasants confirm numbers remain high.

Why not see if you can bag a few of these and give the new Fish & Game cookbook a test run.

It has chapters on all these species.

Don’t forget to send in any bands you have from the season.

Do it now before they get forgotten or mixed up.

If you drop them all on the floor and can’t decide which you got where be honest about it and we can make more sense of the data.

Perhaps make a list too of the things you noted in the season that need doing, so you can tick them off before they get forgotten.

The rotten maimai stairs, the gun that needs a service and so on.

Don’t leave that til two weeks before next May and your gunsmith will love you for it.

Posted in Hunting, Both Barrels; Tagged Hunting Posted 3 months ago by Default Admin