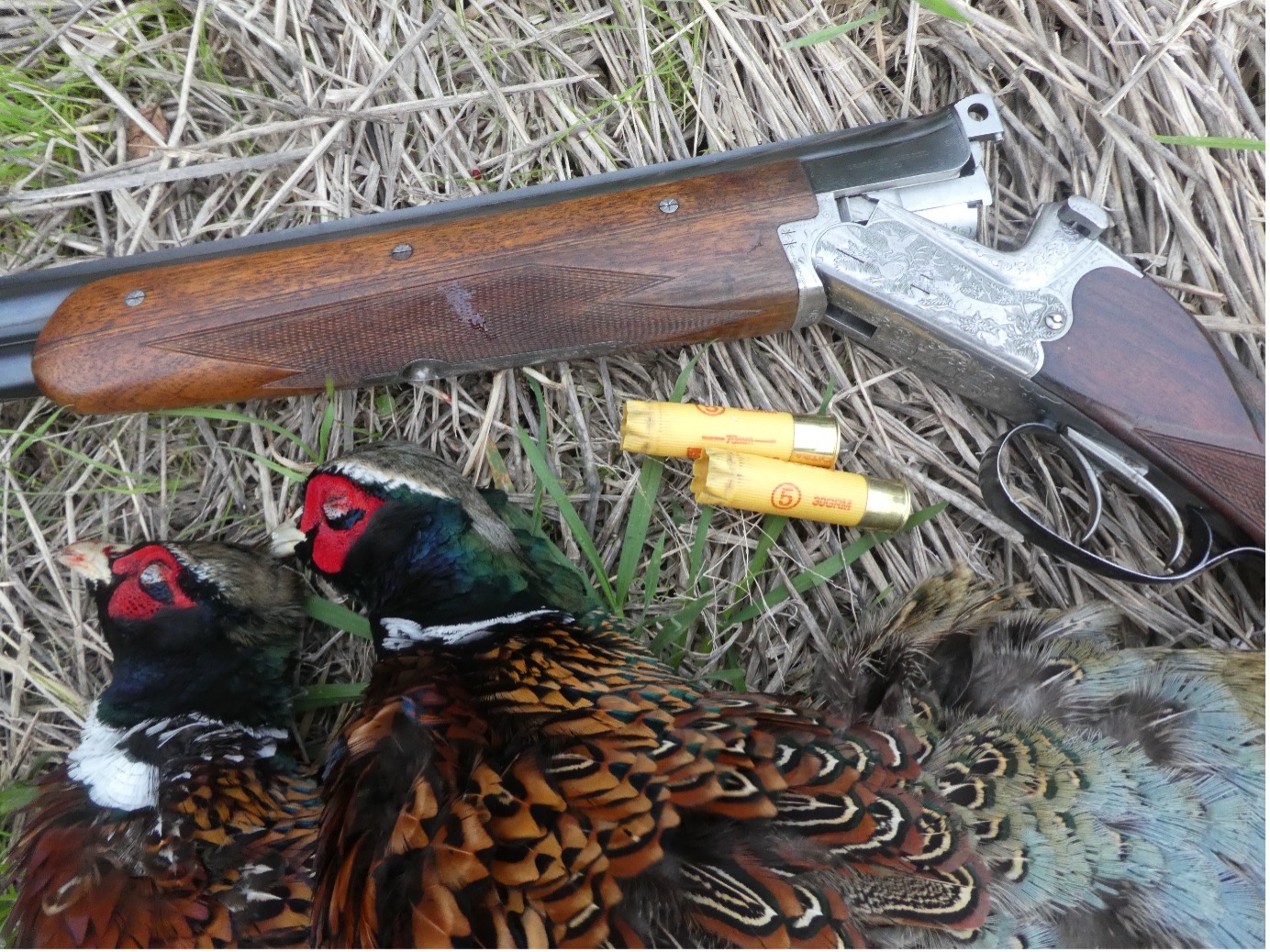 The mallard, grey and shoveler dabbling-duck part of the season is now behind us, ending Queen’s Birthday Monday, June 7 in this region.

Paradise shelduck go on until 27 June and swan are still on the licence in some parts, (see the reg booklet online, https://fishandgame.org.nz/assets/Uploads/FG-GameBird-NI-2021.pdf).

But we can still shoot quail, pheasants and pukeko right up until 29 August.

Above Right: 20-gauges are popular with upland game bird hunters in NZ.

The last day of the dabbling duck season, Queen’s Birthday saw a traditional good turnout in many areas.

We are in the process of completing the final harvest survey and will be able to provide some stats in our next update.

Judging by the feedback to date however it appears that most continued to struggle.

A few persistent hunters found pockets of birds, but overall, it has mostly remained slow shooting.

There has been a lot of speculation in maimais why there have been so few birds seen this year.

Firstly, we would like to acknowledge your concerns and frustrations and understand that it’s been a tough season.

Let’s look at some of the key issues:

Botulism:  2020/21 was better than the summer of 2019/20, although several significant outbreaks still occurred, especially on wastewater treatment plants in central and north Waikato.   The RMA work we have been doing has meant almost all pond-based systems in the Waikato Region have the requirement to manage botulism appropriately as a condition of their operating consents. Gone are the days when it was seen as acceptable to simply allow thousands of birds to perish on these systems. We have proven that by following F&G protocols, outbreaks can be managed. More importantly, by shifting the focus to prevention rather than clean up, the number of bird deaths can often be reduced from thousands to less than a hundred.  Looking at climatic predictions, botulism is likely to be one of the biggest issues contributing to the non-harvest mortality of dabbling ducks in the region and we will need to remain vigilant.

Water:  Our research has shown that seasonally flooded wetlands are critical to achieving adequate recruitment to sustain our population. Duckling survival is low in our region and the biggest single factor responsible for population change. Back to back drought years in what are commonly our most productive mallard breeding areas led to a large reduction in juvenile bird numbers. During banding in Jan and Feb, we noticed the lack of juvenile birds in our traps. The juvenile to adult ratio recorded this year was the lowest on record across the current sites and less than half of what we would expect in an average year. We desperately need a couple of years of decent rainfall to replenish aquifers and raise water tables to something resembling normal levels.  Even by mark-up day a great many Waikato shooters could have parked in the middle of their pond and walked anywhere they liked; (“the driest in 20 years”).  By the end of May water levels had come up a bit, but then dropped back down again.

Delayed Opening?  Some hunters wondered if it would be better if we started the season a month later – as we did in 2020 due to Covid. This is where we as managers try to walk the tight rope between increasing hunter opportunity and ensuring we don’t have a significant detrimental impact on our breeding population.  Our research has shown that contrary to what researchers have found in many overseas cases, early nesters in our region proportionately play a bigger influence on overall recruitment success than what we may have thought. Whilst it is difficult to determine the exact impact on breeding populations through shifting or extending the season, there is plenty of information in the published literature that indicates that it is generally counterproductive to maximising the odds of producing more birds. Apart from actually shooting extra ducks, issues such as impacts on pair bond formation, disturbance in nesting areas, and preventing birds from putting on condition prior to breeding are all considerations that we need to weigh up. One thing is for sure, Fish and Game staff and councillors are all keen hunters and we would all love to have extended seasons and wouldn’t hesitate to increase them if we thought they were sustainable.

Wetland loss: The latest national report on wetland extent makes for stark reading. https://www.stats.govt.nz/indicators/wetland-extent despite the positive PR being spun by certain sectors, the narrative simply doesn’t match the reality. In Waikato for example, between 2001-2016 we lost completely 1.2%  and partially lost another 15% of the small amount of wetland habitat we have left. Couple that with the degraded nature of the large wetlands we have remaining, it means the carrying capacity of our environment continues to reduce. In the past few years, we have successfully aided landowners in acquiring funding of up to $40,000 to create wetland habitat on their properties. If you are interested in creating or enhancing a wetland, please touch base, we will do what we can to assist.

Predators:  Drier drought-year wetland margins also make it much easier for stoats, weasels, feral cats etc., to search for nests.  If you are able to trap predators, why not help our breeding birds out?  Fish & Game may be able to help with that.  We have recently equipped keen hunters beside the Whangamarino Wetland as well as several Waikato lakes.  This is already producing results.

The future:  Given something like normal rainfall and plenty of water in our wetlands in 2022, then our ducks which typically have large broods, can bounce back in numbers.  If they lose their first lot of eggs, they can re-nest several times.  We can tip the odds in their favour by recognising the value of good habitat and the contribution it makes to brood rearing.  New initiatives such as the 2020 National Policy Statement for Freshwater Management gives new impetus to protecting our rivers, lakes and wetlands. Fish & Game are working closely with local and territorial authorities to ensure this means practical protection on the ground.

You can play a role in helping us better manage the population just by sending in any bands you have.  If it is a band you have forgotten in the past to report, please be honest about the likely year it was shot.  You will still be eligible for any prizes in the year you report it.  We DO NOT need the actual band, just the number.

Don’t trade-in the sub-gauge just yet! 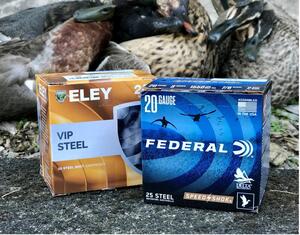 The good news is that, if you have a modern 20-gauge, in 2021 there is now non-toxic steel shot available for it.

So there’s no reason not to experiment with 20 gauge non-toxic shot in steel-shot suitable guns used for waterfowling.

Just keep the range back a bit until you can see what it can do.

Sky-busting is only going to waste game birds with any gauge.

Even a 10-gauge won’t work at the distances some hunters hope is still in range.

One hint is, next time you walk the dog, look at objects ahead, such as a power pole or tree and judge the range.

You don’t have to have a sub-gauge to hunt upland game, pheasants and quail, any 12 gauge will do.

But to specialist hunters of these birds, the lighter 16, 20 and 28 gauges certainly have their place.

Light sub-gauges are more pleasant to tote around for upland shooting as you’ll probably do more carrying than shooting.

The lighter guns are also typically more responsive when cunning pheasants jink to the left or right just as you’re about to touch off a round.

Typically, their charges are right up there with standard loads from a 12 gauge.

It’s also cheaper to knock off possums and other predators you come across because you can still use lead shells on upland game.

That’s because the discharge of lead pellets used to hunt upland game is spread over a huge area, just about the entire country, whereas pellets used in duck hunting are generally concentrated about maimais on wetland margins.

If you ever looked at a 20-gauge and thought it was somehow “puny” and not for you, we suggest you take one out for a couple of days and come back as a believer. 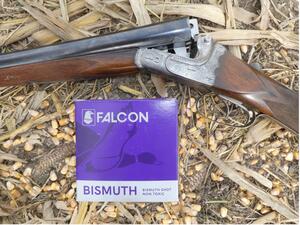 NZ assembled bismuth cartridges will be available for the 2022 season. It is also suitable for older guns chambered for 70mm, (2,3/4”) cartridges or longer.

If your favourite 12 gauge is a pre-steel shot era gun, you have probably been taken aback by the price of suitable non-toxic bismuth rounds, typically around $99 for a box of 25.

However, a local ammunition company has recently imported bulk bismuth.

This is going to be available for a much cheaper price as loaded ammo for 12-gauges come the 2022 season.

It is also available in NZ right now as a reloading component in 1-kilo bottles from Gunworks in Canterbury https://www.gunworks.co.nz/shop/category/bismuth-shot.

With a bit of searching, you should find most of the standard components you need to reload bismuth shot but you must only use bismuth reloading data.

For example, that found here: https://www.hodgdonreloading.com/reloading-data-center

This NZ bismuth may not be as “cheap as chips”, but it may be at a price point well below what you were expecting, making it a viable option for many.

We have used bismuth shot from a variety of sources including the new kiwi product.

Despite what some detractors say, any mallard or parry that is squarely hit has come out of the sky at any range that lead pellets will work at – sometimes further.

Bismuth is considerably heavier than steel shot, being nearly on par with lead.

Being much softer than steel it can be used in any older gun in good condition.

If in any doubt about that latter point, get an inspection from a gunsmith first.

It will drop into the larger bore and sit in the barrel forcing cone just ahead of the next cartridge.

Shooting the second round will have disastrous results.

The same is equally true of misfires when a wad is left lying in the barrel unnoticed.

If you look down the bore and it is black, NEVER try to clear it with another shot.

Same for mud and soil, or even snow in the muzzle.

Remove these before firing the gun.

Unless you have 76cm, (30”), long thin fingers, a 2-piece cleaning rod and some 4x2” cloth is a useful thing to keep in the vehicle during the game season.

Posted in Both Barrels, Hunting; Tagged Hunting Posted 20 months ago by Default Admin