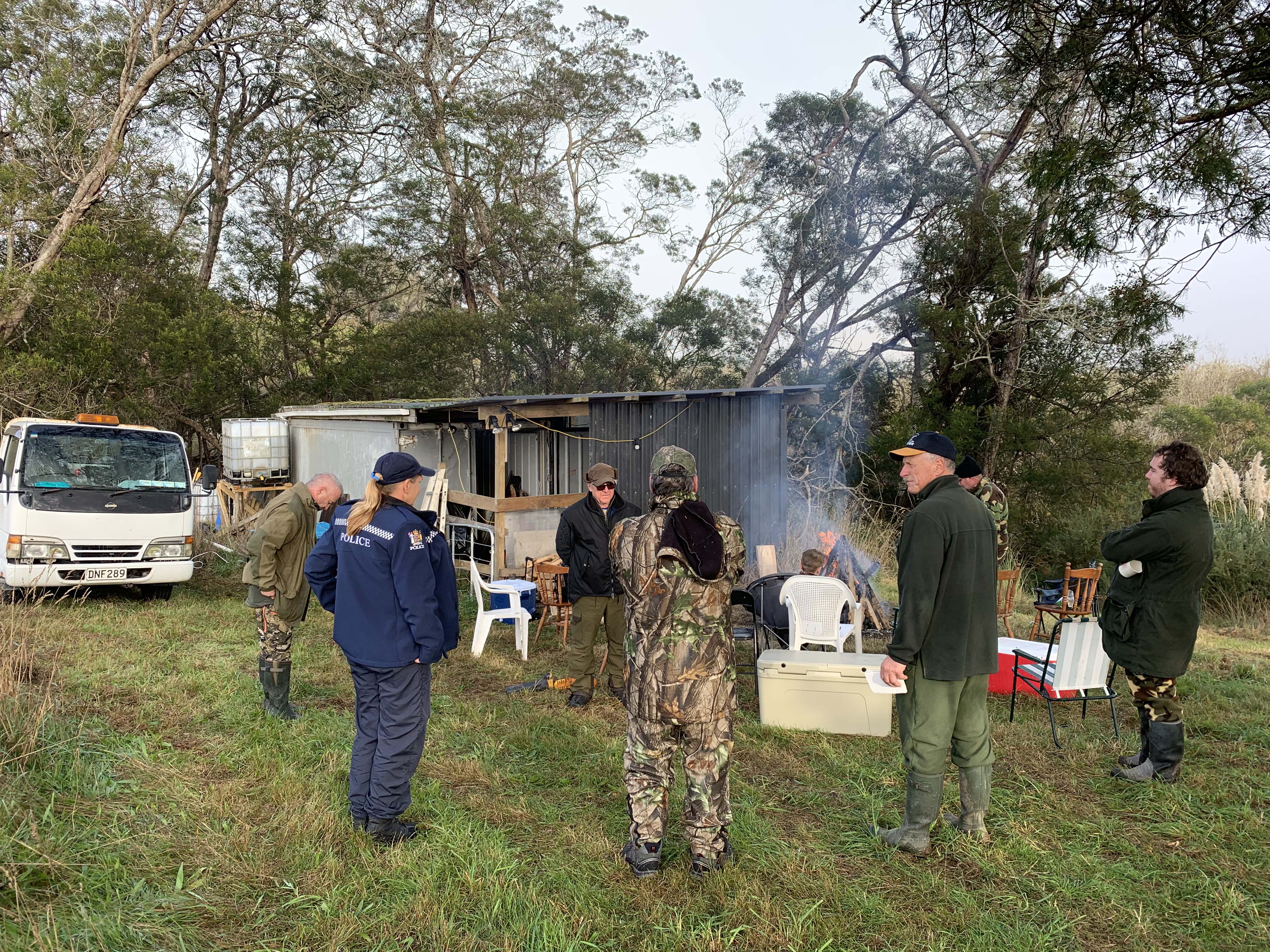 Please be aware of the new season dates that were adjusted after the Covid-19 lockdown.

The link below is to the REVISED booklet that would normally have come with your licence:

It was decided in this region not to extend the mallard season into July, which is when our more northern birds begin breeding.

However, we’re perhaps lucky to have any season at all.

The ranging feedback on opening is that so many of our hunters were just glad to be out and about whether the birds were flying or not.

Dry ponds unfortunately mean many hunters had to seek a plan-B site and F&G staff have been assisting many with advice about new locations.

The good news is that anyone can now go online and view a totally updated “Access to the Action” document, complete with maps, for our Auckland-Waikato region. Here is the link for that:

Fog plagued some of our hunters throughout the region, shutting down all action until it lifted for many.

Some areas seem to trap fog even when the main river or lake clears.

Just finding the maimai was a challenge for some.

A GPS with pre-programmed coordinates will save a lot of time and frustration while also making for a much safer journey.

Be sure to include the return point/s too so you can find your way home in fog or in the dark.

An inflatable life-jacket is a cheap life-insurance too and doesn’t interfere with shooting.

Many drownings, and this includes several duck hunters, could probably have been prevented by wearing a life jacket.

If your boat doesn’t have running lights, it is a requirement now in the dark to have a white light shining forward, (i.e. a hand-held torch or the increasingly popular Ledlenser head mounted torch.  The latter are great for negotiating narrow channels, finding maimais and retrieving decoys in the dark, etc).

This year the Auckland based Police Maritime Unit provided two constables on opening day who did numerous firearms licence checks while Fish & Game staff did game bird licence and compliance checks – all done with social distancing and etc.

If your firearms licence is due, (check the expiry date), you do have an extended period to follow it up post Covid-19, but don’t put it off.

Bags seemed to be feast, famine or in-between.

Some guys on opening day were back shifting cattle by 9.30a.m. having already got their limits, while others put in the whole weekend in for meagre results.

The big blow that followed certainly worked for those persistent hunters who were in sheltered lee-positions.

Persistent hunters also made up for a slow start on the river or pond by night shoots on maize or chicory in the days that followed.

One hunter snagged a pheasant rooster while sneaking up on a pond and even had a flock of quail come to him while he was still in the maimai.

Must be his aftershave!

One brand new hunter boasted he had found a beaut’ new maimai on Lake Karapiro where he’d just knocked down a couple of black swan.

Whoops!  These are fully protected on the hydro lakes.

He’s now the wiser for his honesty. 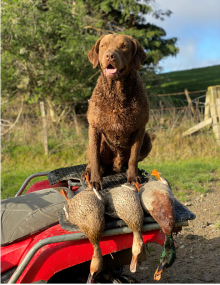 Their birds this year are full of yellow fat too.

This tally is being achieved despite issues with botulism in the area earlier in the year, which Fish & Game staff and volunteers worked hard to contain.

Unfortunately, this teams’ one tag so far is still in a bach, it’s no use there.

The banding programme is a team effort so don’t let the rest of the team down by not reporting birds. I’m sure these guys are on to it.

Speaking of bands, there is a competition “Banding Together” open to anyone reporting a duck band.

Hunting & Fishing NZ in association with Banded Avery are generously providing five prizes consisting of two boxes of Banded XD (extra detail) decoys. This includes one box of mallards and one box of NZ shoveler decoys.

So why wouldn’t anyone ring their band number and details through on 0800 BIRD BAND, a free phone call which you can do even in the maimai?  Or click here to do it online.