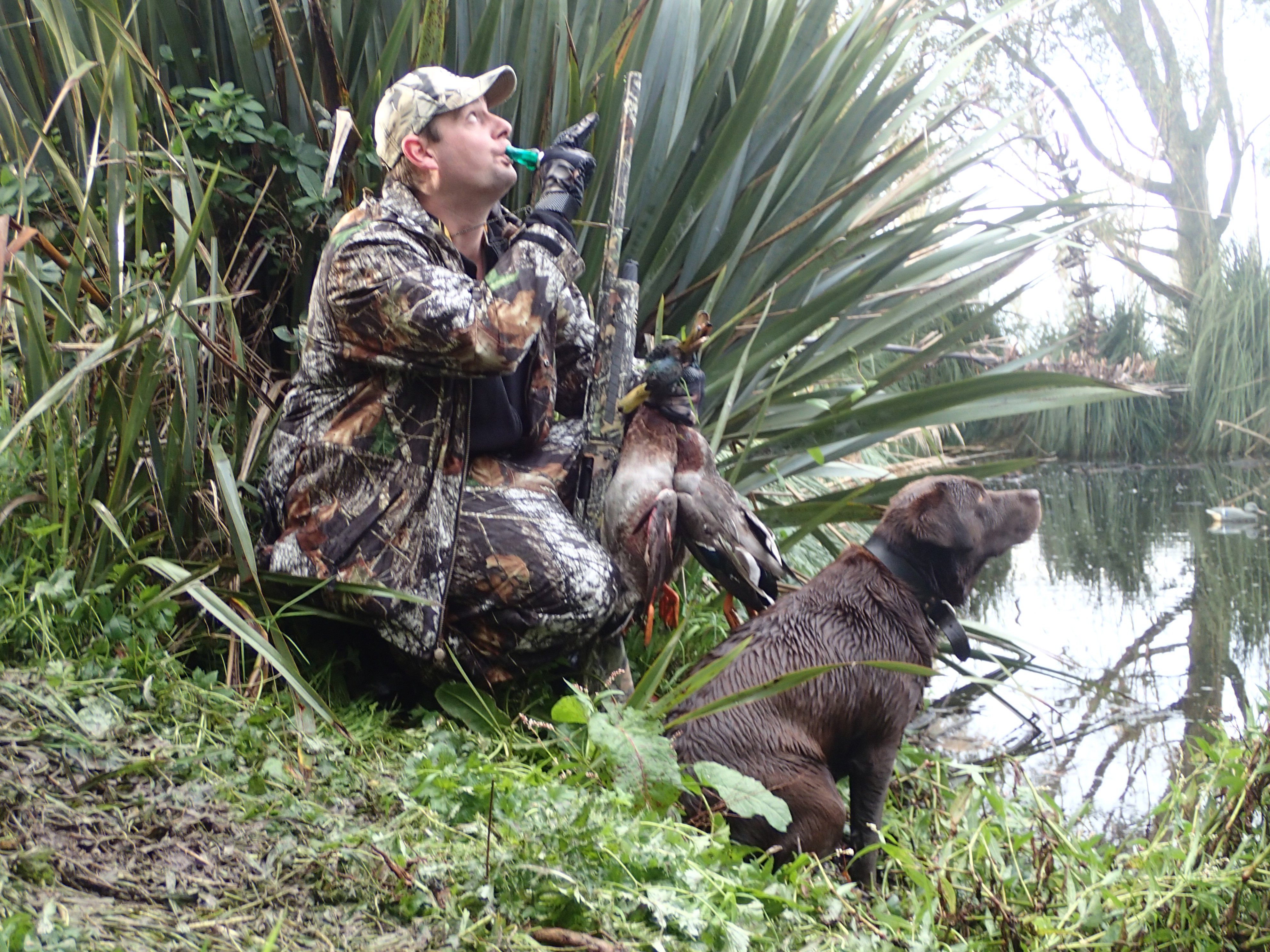 For many of us who live for waterfowl hunting, the inquisition now begins.

Where were all those birds we saw in spring?

While it was so dry thousands of ducks were on the coast, particularly at Firth of Thames but also seen on harbours such as Raglan.

Above Right: Gary Box and Sasha trying to convince the next lot of ducks to drop in.

But they were also sitting it out in paddocks, seemingly in no hurry to go anywhere else at dawn or dusk.

The dry weather certainly worked for those who had water in their drains and ponds.

In wet years many of these same shooters struggle while others on flood waters fill their game bags.

Now the tables had turned, the fog never seemed to leave and those who could call and who were in the right place now have full freezers.

But what is it that makes one place the right one and somewhere a short way off not as successful?

There have been several other local competitions, for instance, the Pioneer Tavern at Hikutia had 85 entries to their “Big-Three” (heaviest duck-pheasant-pukeko), competition.

Hunting and Fishing in Kopu/Thames and Kilwell Sports, Rotorua were the biggest of the 30 sponsors.

Preseason saw good turnouts at those duck nights not cancelled, where generous raffle prizes were a real draw card.

At least 130 people turned out for the Hunting & Fishing night at Warkworth, for instance.

If your number didn’t come up, you could still enjoy the festivities and catch up with mates over a free sausage and a drink.

Keep an eye out next year for similar local promotions. 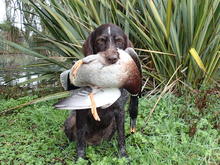 We have been asking hunters in our region this year how they would react to having an extra week or two to hunt mallards?

Roughly equal numbers consider that the present four-week, five weekend season is working well to rebuild duck numbers and should be left as is.

But a similar number want the flexibility of extra weekends to balance other family and work commitments.

For Fish and Game, it’s all about trying to find the balance of sustainable population management whilst giving hunters adequate opportunity to go and enjoy the sport we all love.

We have seen some positive increases in populations estimates over the past few years.

We really need all those bands returned in order to determine what is happening with our numbers, so please report them if you haven’t done so already.

There are five Hunting & Fishing hunting jacket/deluxe decoy packages, ($570 value each prize), in a lucky draw for anyone reporting a band, click here to report your band.

Make sure you beat the deadline by reporting your bands before they all get mixed up.

Be honest, if unsure, about which one was shot where and when.

Our field checks and hunter surveys also show up that hunters with dogs rarely lose birds so now might be time to think about a pup – or find someone with one!

In one case, a couple of hunters near Pukekohe did a night shoot by a pond.

As soon as they started calling a golden retriever raced over from a nearby house and fetched all their ducks.

How handy would that be?