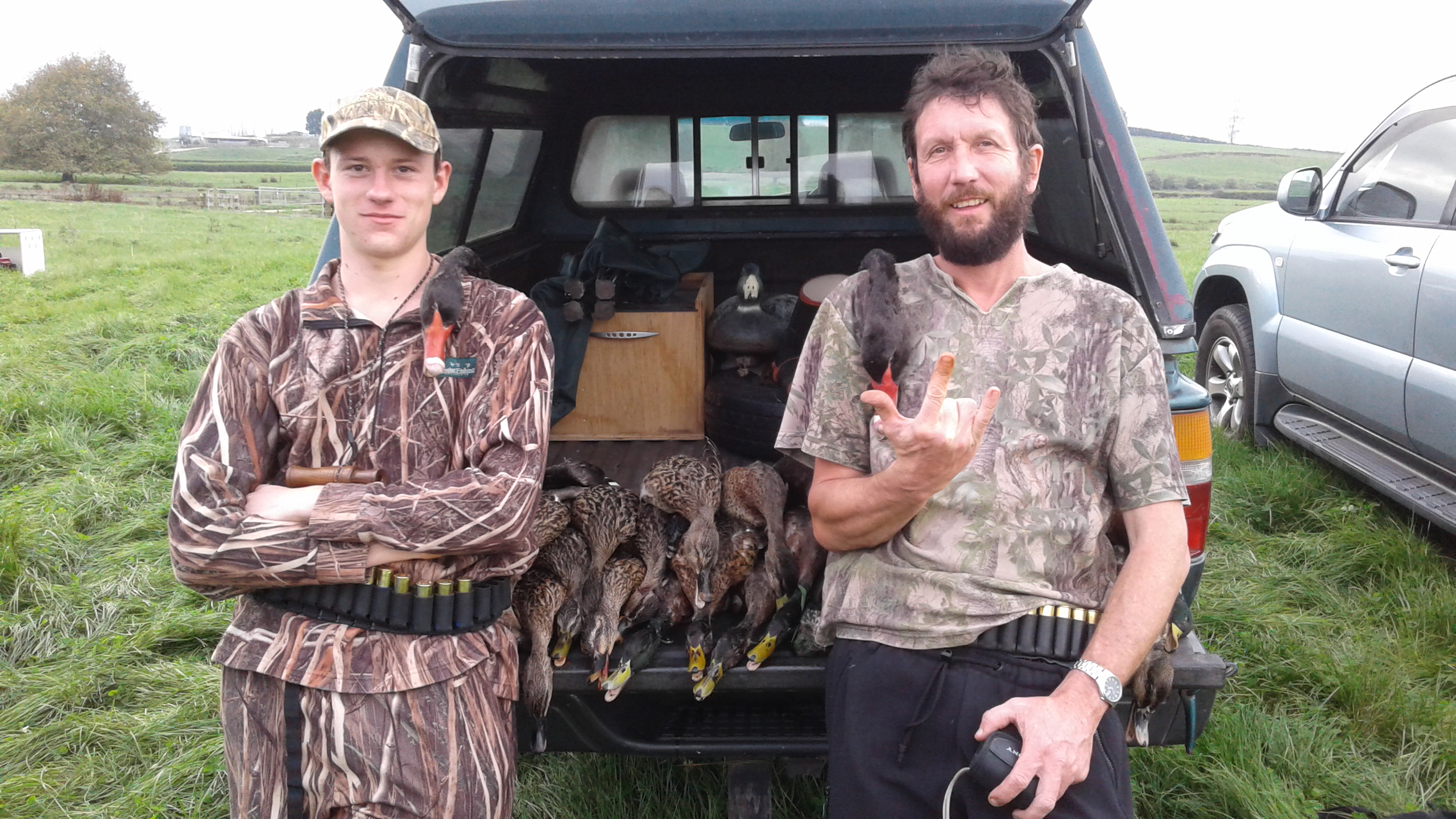 'All go' for parries, pooks, pheasants and quail

But the parrie, pukeko and upland game (pheasant and quail), seasons are still in full swing.

The birds are there, you just need to put the time in and hunt with a little thought and observation, and nature’s supermarket will provide.

Meeting hunters in the field while ranging and also from phone surveys, certain trends turned up some tips worth storing away for next time.

Firstly, Opening Weekend may have been fine, the clouds high and wind mostly absent, but when the bad weather rolled in over the next few weeks, keen hunters took full advantage of it.

Ducks don’t like sitting out at sea and being tossed around in waves and squalls so they head to sheltered bays or inland to calmer swamps.

So keep an eye on what’s happening in the area next year and be in a maimai early to take full advantage of it.

Look too for flooded paddocks and better still, recently harvested maize paddocks and fingers crossed, they’ll be there – not necessarily in the middle of the day but perhaps just going on dusk.

It’s obviously frustrating to see all this happening and a big flock of parries right next to some sort of built up area.

The Arms Act requires that we do not discharge our firearms in such a way as to “endanger” someone else.

So use common sense near built up places.  Better to let the birds live another day and still have your firearms licence in your back pocket.

Shooters who lose their licence cannot shoot any gun, even an airgun under someone else’s supervision, until they've proven worthy of having it returned.

We have yet to hear the other side of the story but for instance, it is hard to think that the hunters shooting on a public river near Warkworth, opposite a nearby retirement home, really thought through the consequences of their actions.

It can be frustrating when urban growth moves into our shooting grounds.

If you think an area can be shot safely, it’s not a bad idea to talk to neighbours who may be concerned and explain your shooting experience, the actual range of shotgun pellets and your safety rules.  That may allay their fears.

They don’t have to approve (though it helps), but you’ll be in a much stronger legal position for having given them notice.

Sometimes though you just have to flag it. For instance, if other people are wandering around walking dogs, feeding horses, etc, it might be time to withdraw, or at very least respect them with as much space, time and distance, as you can ( ‘All the game ever bred, isn’t worth one person dead.’).

Fortunately, at time of writing it has been a generally very safe season. Well done everyone.

What's behind the light bags?

A noticeable feature this year is that, when many of our hunters went to shoot with friends and family on annual hunting pilgrimages well outside our region, their bags were often much lighter than last year.

Some are blaming drought and others the extended seasons eating into breeding populations.

Perhaps the completed phone survey results from other regions will help flesh throw some might on this.

In contrast most of our hunters have been seeing more birds, often many more, even if they didn’t always harvest more.

That’s not to say that some of them didn’t do well and you have to respect the guys who were out there every weekend.

Ironically, there were a few hunters who produced the ‘worst season in 14 years,’ sort of stories.

You have to wonder, did something unknown happen on or by their pond that changed their luck against the general trend?

We still hear of people feeding maize for instance.  That steals your birds from you.  If you have good cause (more than just suspicion) to suspect someone is doing this, let us know.

If it proves true, we can actually ban anyone and everyone from shooting their pond for a month.

We also heard of a group of shooters who not only hammered a maize paddock, but allegedly also left the birds there to rot (near Ardmore).

That’s most certainly an offence and we would love to meet up with them so they can “help us with our enquiries.”

If they are wasting birds, they’re the same ones that you or I could have hunted.

But it’s true that we often hear stories of hunters’ offending which are much more fabricated than true.

They often come from people new to the countryside; serial complainants who obviously never heard about the boy who cried wolf.

When your dog comes back with that “lost” bird in the dark, or flushes or locks up on point a long-tailed rooster, it will all be worth it.

Be assured, the more time you put in out in the field, the more filled your freezer will be.

At the very least you’ll surely be fitter for all that exercise and richer in spirit for your day outdoors.

And do send in those duck bands now while you remember and before they get mislaid. Please help us help you by doing so (0800 BIRD BAND).