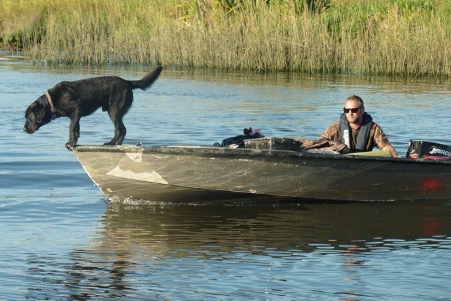 We were lucky just to have a duck season this year, ask anyone who missed out on the deer roar in April.

We sincerely hope that Covid-19 delayed seasons are now entirely behind us.

However, if there has been an upside, it is that the ducks were much less disturbed this year by the usual pre-season shenanigans such as wake-boarders, water skiers and jet skiers.

On what would have been Opening Day, (May 2), there were two officers from the Auckland Police Maritime Unit patrolling the Waikato Delta to make sure everyone there headed the message about the delayed start.

The only person they met was a commercial eeler who said he had never seen so many ducks.

Hunters in that area have since reported very good numbers of birds this year, all that quiet time definitely worked to our advantage.

Over the years we have heard a number of calls for a later season, (not to mention those wanting an earlier season and more still that want everything left exactly as is).

The first Saturday in May has been enshrined as Opening Day for so many decades, we’re not sure when it was ever otherwise.

It took a pandemic to change that this year, with the wisdom of hindsight, the delayed Opening Weekend on May 23-24 was however no different weather-wise to most other openings.

We agree that weather patterns are changing especially in the North Island and there may be some justification from a hunting perspective to move or extend the season. 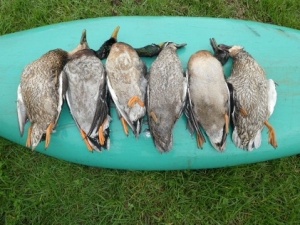 The issue for us is trying to achieve the right balance and do, not only what is best for hunters, but also what’s best and sustainable for the ducks.

Most swamps were at all-time lows right through May and most didn’t get decent water until the last week of the season.

That often provided spectacular hunting for those persistent hunters who were in the right place at the right time - including many that had had a lean run up to that point.

We also got reports of some phenomenal puddle duck sessions at the tail end of the season.

We are just in the process of conducting and entering the final harvest surveys of the dabbling duck season and once we get the rest of the band return backs we will be able to draw some inference about how the changes this  season may have impacted survival and harvest rates.

If you haven’t done so already, please get those bands in and remember you go in the draw for some great prizes from Hunting and Fishing, (link below)

The season for mallards and other dabblers, (greys and shoveler), is now closed, same with swan and paradise shelduck.

The REVISED season details are appended below.

Pheasants, quail and pukeko remain on the licence along with partridge if you are lucky enough to find some of those.

Both brown quail and Californian quail are on our licence and feedback suggests that brownies are doing well in selected areas.

Pointing dogs love their scent, they’re also rather tasty with more meat on them than you might credit.

This is the last year we can use lead shot in sub-gauges, (excepting .410” which remain legal), for hunting waterfowl on private land within 200m of a waterway, (as described in the North Island Game Bird Hunting Guide, page 13).

However, pheasants, partridge and quail are not “waterfowl” and particularly once the duck season has finished, if you are after a rooster, then lead is quite legal.

So, it’s a good chance to cycle those lead loads that might otherwise languish in the gun safe.

If you are hunting upland game birds, just beware that there will be ducks on nests and even a few early ducklings about.

So, if your dog is off in a swamp pointing a clump of rushes, you’ll need to be careful he or she doesn’t nab a sitting bird.

Slipping a lead on you canine when passing such risky places is just common sense.

F&G staff strongly recommend you check this following link out.

We have been assisting many hunters with advice about new locations and access points they might not have known about.

The good news is that anyone can now go online and view a totally updated “Access to the Action” document, complete with maps, for our Auckland-Waikato region.

Here is the link for that: