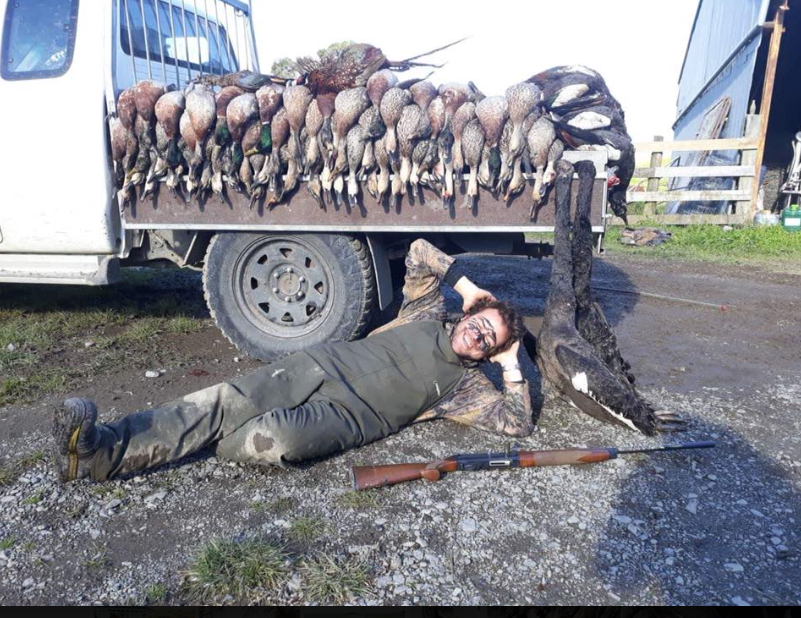 The countdown till opening weekend is nearly over.

Top right: Relaxing after a successful hunt in Tokora.

I hope you have your licence and a copy of the regs with it.

However (apart from changes to the gun laws) there are only minor local Fish & Game rule changes to worry about, such as shooting restrictions on Lake’s Cameron and Mangakaware, (Krippners Lake).

Later this year we will look at all our game regulations at the December 14 Council meeting as part of a three-yearly review.

This is your chance to have a say, if there is something you’d like to see changed or retained in this region.

You can contact us as an individual or as a club and our councillors get to see every submission made.

Submissions should be sent to the Hamilton F&G office (156 Brymer Road, RD9, Hamilton 3289 or email admin@awfg.org.nz) before October 1.

This year was a great one for mallard breeding.  All that rain that we cursed before Christmas meant a very prolonged breeding season for the ducks. 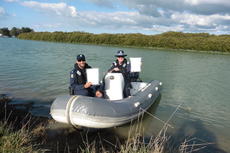 Police officers took to the water last season to deliver information packs on safety to hunters in the Clevedon area.

Right up to Christmas day we were seeing little balls of fluff.

Don’t forget to check the magazine plug is in and buy an extra pack of shells.

For those in areas where paradise shelduck are common, the news is also good.

The King Country population is now just below the threshold that we use to consider holding special shelduck seasons.

North of the Harbour Bridge the special season this year attracted only about half of the usual number of permits, probably due to exaggerated threats of a weather bomb that weekend that never happened.

So there are plenty of unharvested birds still flying around.

Our trend flight over Kawhia and Aotea harbours showed thousands of swans, and our counts around Tapora in the Kaipara Harbour and the Manukau Harbour revealed many thousands more in large groups feeding on eelgrass on the mudflats.

Swan hunting used to be extremely popular, but for some reason the gloss has gone off it.  Unfortunate, as a well-made swan salami is hard to beat.

Shooting a big “black bomber” can be a real challenge if it is going flat-tack past you and in range and they make a satisfying splash.

If using them for meat, look for dusky greyish birds as first year ones; those with some white flecks in their outer wing tips are second-year birds (both good eating), and those with fully white wing tips are mature adults, at least three years old.

Although swans have been accused of eating baby flounder, comprehensive studies involving very large numbers of birds have failed to find a single fish.

A number of clay target events and duck nights have been cancelled while others are still going ahead. If in doubt, ring the organisers.

However Hunting & Fishing’s Warkworth Duck Night, May 2, is still on at this stage. Come and meet Fish & Game staff there!

Posted in Both Barrels; Posted 4 years ago by Default Admin