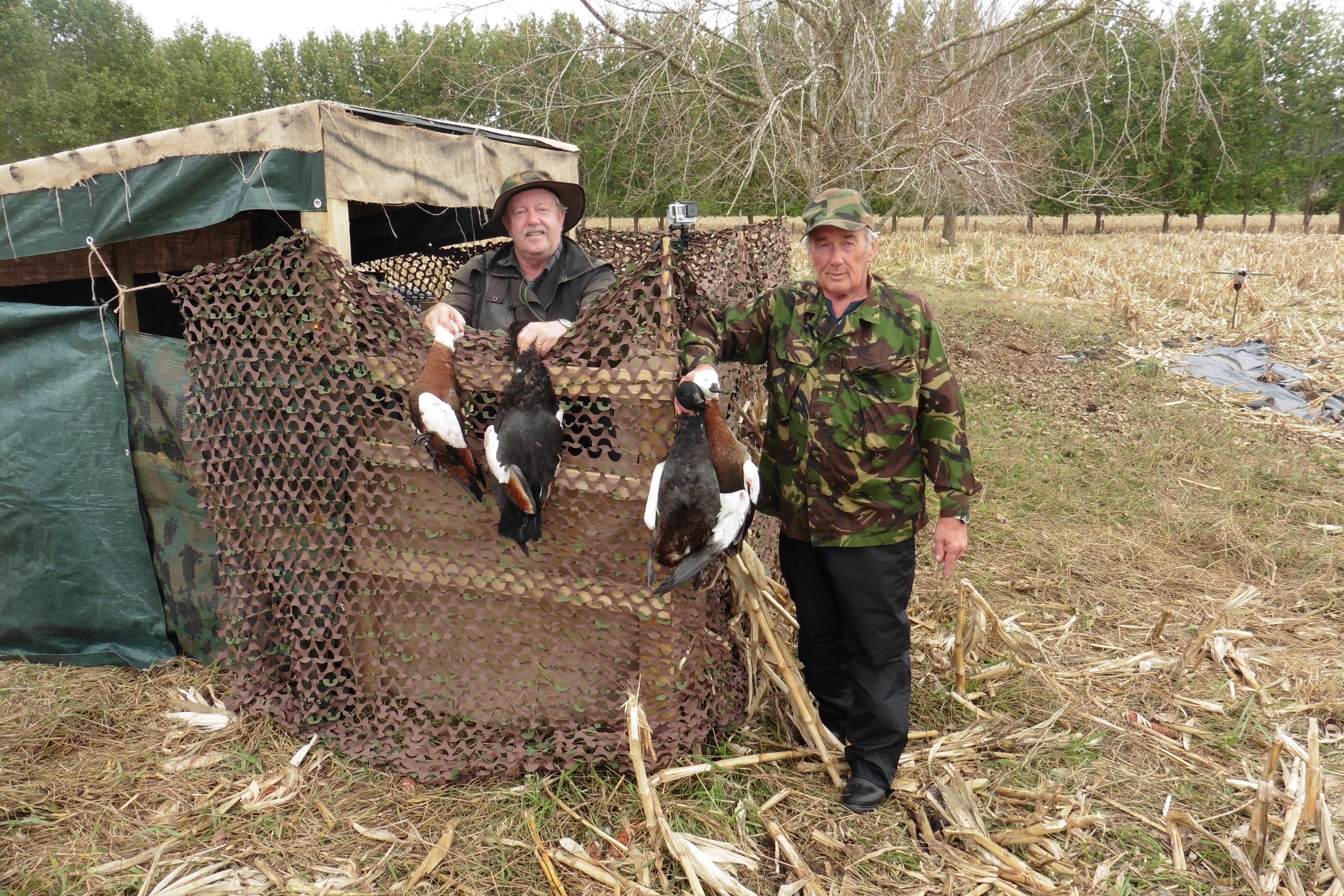 Looking around the Waikato, Hauraki Plains and Rodney districts, lots of groups of ducks seem to be tucked up in many likely spots, both tidal on the mud, or on lake and pond edges sunning themselves after a night’s feeding.

Right: Definitely duck for dinner after this Opening Day.

The hunter who chances on these groups on Opening Day had better have quick reflexes when they flush.

Mallards have a little trick of holding back while they’re still in cover, so don’t muck about reloading as these birds will often bolt when you’re wrong-footed, a few moments after the first birds depart.

The one thing that seems to stand out about the drakes this year is that they are plump-as. 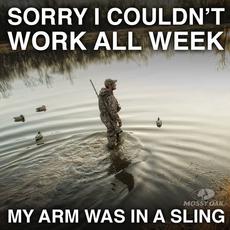 All that rain has been doing some good, providing them feeding opportunities galore.  Willow weed for instance is rampant this year, (ask most farmers); it’s lush growth owing no doubt to the weather.

The countless thousands of seeds these plants each provide all float on shallow flood waters and are hard to beat from a duck’s point of view.

This plant is far from spent and should continue to provide such bounty well into May.

A friend is starting off a new German pointer pup.

Young dogs offer so much promise, but it’s up to their owners to instil in them that enthusiasm that comes with getting out in the field regularly.

Your excitement will rub off on most dogs if they have any game sense at all and then it will be down to well-rehearsed discipline to make sure they don’t get too carried away.

A bit of time at the clay target eye-opener shoots will doubtless help as just firing shots in the air won’t get the mutt all fired up.

It’s the feathery things coming down that he or she wants to fetch so give it your best shot (pardon the pun) by getting in some practise.

Most hunters are only too happy to meet a ranger and why shouldn’t they be, if they are doing everything right.  It isn’t too hard either.

We have probably had three-shot longer now than we had multi-shots, so saying, “When did they make that change?”, is a pretty thin excuse.

Steel shot too has been in now for so many years that a lot of younger shooters know nothing else.

If you’ve sorted out the right choke and are sensible about range, most hunters agree they can live with it.

There are new changes being phased in on sub-gauges and non-toxic shot, so be sure to read your F&G magazine or check out the website for the details.

The duck bounce-back in our region is down to these sensible restrictions and also the feeding ban.

Be sure to empty any feeders present as you won’t want your pond to be posted off-limits for a 30-day stand-down which is the risk you run if maize, barley, etc, are still present in the month before opening.

And buy some extra freezer bags.  You just might them this year, especially if you make the effort and persist. 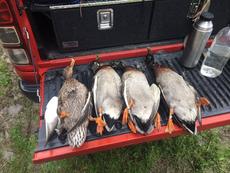 And please send in those band details!  (Photo right by Tom Hatfull).