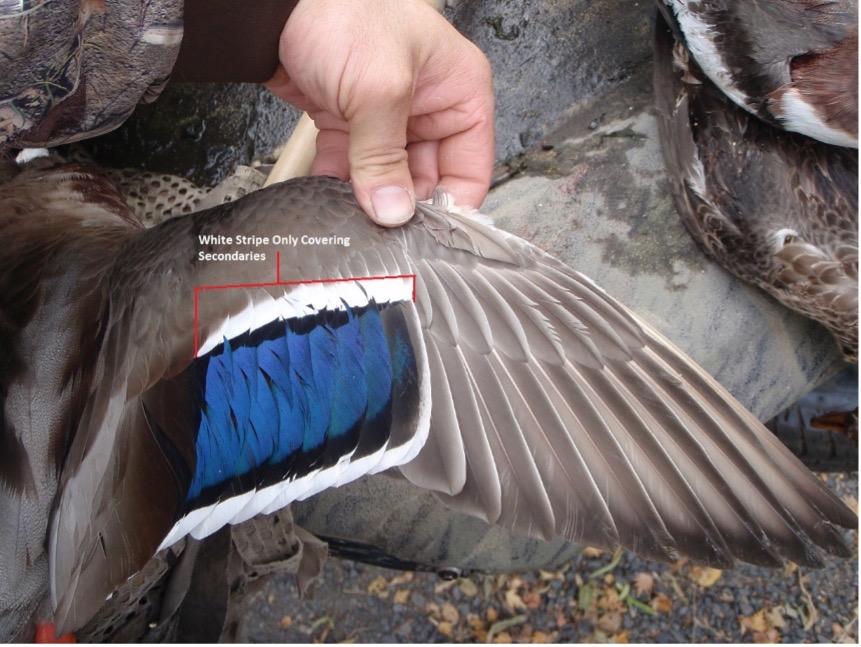 The past several years of drought have been a tough time for both ducks and duck-hunters, and one would have expected that it would take several years for waterfowl to bounce back from this.

However, they do lay large clutches of eggs and in many parts of our district, we had good rain in spring and even summer.

An impressive several thousand birds were flushed at the Waikato River Delta in late March while working there one day, (also hundreds of black swan) and a thousand on a canal have also been reported – and videoed.

Observations like this point to the 2021/22 breeding season being extremely successful, something we are hearing and seeing a lot of.

Of course, there is still much ground to claw back to get to normal numbers again and this is one reason why the bag limits for mallards and greys are just 8 birds per hunter, per day, to assist in this recovery.

Carefully considered by the Auckland Waikato Fish & Game Council for this year was a reduced hen-bird mallard limit.

Why not see how often you can call it in the field and shoot the drake.

You might find that practising this will make you a better waterfowler.

It will also assist our duck-recovery to “Go for Green” this season.

There are clever ways of telling them apart in the hand, which might be useful to know in future, so why not practise now.

For instance, the top white line on a mallard hen’s speculum extends closer to her body than on the drake shown in the photo above right.

Above right: Drake mallard speculum. A hen-mallards top white stripe extends slightly past the speculum towards the body. 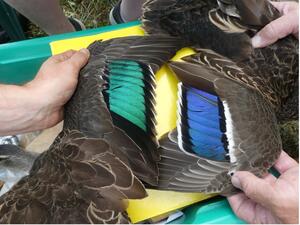 Grey duck is left. Green speculum, no white strip above and only a thin white stripe below.  Mallard drake is right. Blue speculum and two strong white stripes. Note that hybrid “graylard” stripes may fall between these two examples. Note also in the top right-hand corner that the drake’s rump is charcoal-black, not mottled brown. No matter what state of eclipse plumage, (hen-like feathers worn by mallard drakes over summer), the rump colour is a giveaway for a mallard drake, not a hen-mallard.

Fish & Game staff and helpers randomly phone many hundreds of hunters each season to monitor their bags.

Knowing how many greys you shot and how many mallards is important information to recall.

Keeping a hunting diary is extremely useful for this and as a reminder of great days out.

While Canadian geese are no longer game birds, it’s still a thrill to bag them and the good news is, there’s now more than ever.

In the past we would have probably advised hunters to have some heavy shot for geese and, indeed, there is nothing wrong with doing so.

But wait until they’re in good range and swing well ahead for a headshot, and even with steel-shot duck loads, roast goose might be on the menu.

Ammo is in short supply due to all the complications around covid and shipping supply chains.

You may find that your favourite load simply isn’t in the shops this year.

Don’t be afraid to experiment. The local product is right up there in its class, and you can pocket the difference besides.

Falcon now makes bismuth shot which has nearly the same density as lead.

It operates at much lower pressures so that old pre-steel-shot era shotgun if it’s in sound condition, can be used on waterfowl again. 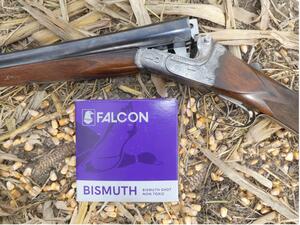 Best of all, the new load has a considerably reduced price point and is much more akin to what we would normally expect to pay for good lead/steel.

There are several other suppliers of bismuth in NZ so you should be able to find some on the shelf of larger stores.

Also promised for this year are several types of bio-degradable wads.

Some start to break down in sunlight or on contact with water.

This substitution is straightforward for lead loads, but steel-shot loads are under considerably higher pressure than lead, as well as their pellets being very much harder.

Steel wads need to be much tougher to handle this to prevent barrel damage.

Eley’s Eco-Wad, for example, seems to have done so.

Several farmers we know have long had their own clay target range but have yet to have any stock complications, (cattle or sheep), from having plastic wads lying on their ground.

Claims that lead shot poisoned cattle near a clay target range at Nightcaps in the South Island have since been totally discredited.

The actual cause was identified as a new variety of “herbicide-tolerant swedes” with 120 affected farms nowhere near the target club being identified.

Eight years later, the initial bogus Nightcaps lead-shot story is still being quoted to put the squeeze on one long-established local clay-target club in our own region.

Lead shot in all sub-gauges bar the humble .410” bore is now illegal to use for waterfowl, (which includes pukeko), within 200m of a waterway, public or private land.

One hunter we spoke to was well-pleased to know he now had an excuse to buy a new steel-shot suitable 12 gauge, though 20 gauges that take steel-shot are also available.

Shooting where ducks have been artificially fed is only legal until 30 days out from the new season, (so this year, no feeding after April 7 for a May 7 opening).

If feeding has taken place on any pond, then that area can be completely closed down and no one at all can shoot within 100m of those waters the entire waterfowl season.

A number of things give away which ponds are being fed, not least when the ranger is standing ankle-deep in bright orange maize kernels. Shooting over harvested maize or other crops 100m away from a pond remains quite legal.

New guidance from the Police on the safe storage of firearms and ammunition can be found on this link.  This may now affect your travel with firearms:

The Auckland Waikato Fish & Game Council and Staff wish you the best of luck in 2022.