The Perch is a deep-bodied fish with two large and erect dorsal fins, the first fin having an array of strong and sharp spines. There are two other less obvious spines, one on each gill cover, which quickly becomes known to the unwary angler who handles his catch carelessly! 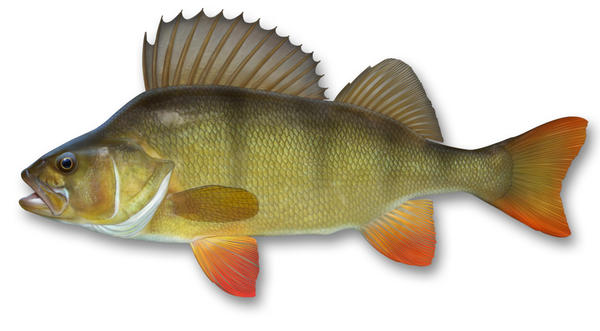 Perch like still water and often frequent the shallows, especially where there are underwater structures or snags such as tree roots or jetty piers.  Smaller perch swim in small schools; larger fish are usually solitary.

Perch are easy to catch, though they are not caught during the hours of darkness, and will take natural baits and spin baits with great vigour. They are particularly attracted to the colour red.

Perch are usually very numerous wherever they are found, and consequently, the size of the fish is small. Large perch are sometimes caught weighing up to 2.2 kg.