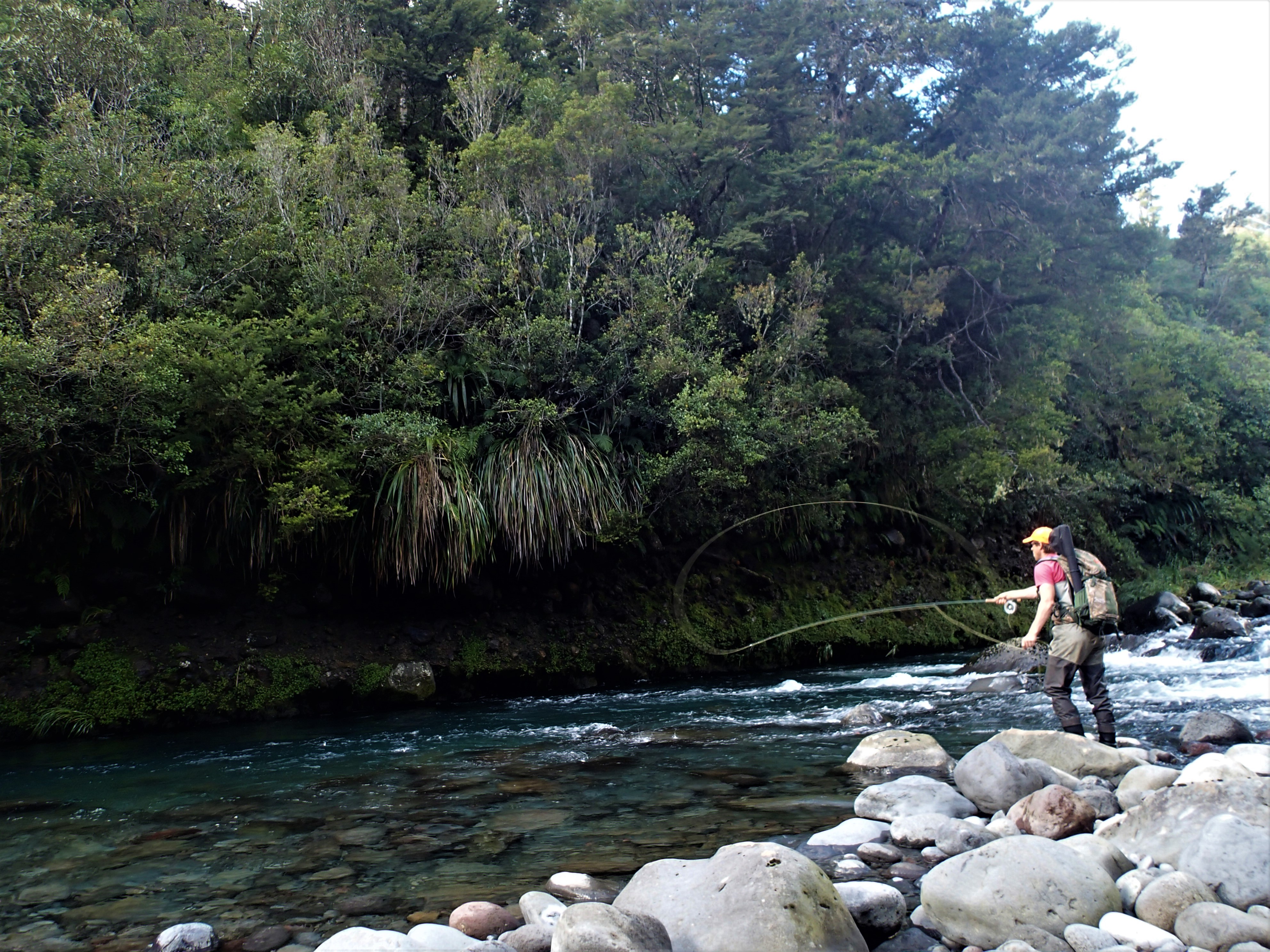 The Whakapapa intake road has been closed after the Crown and the Whanganui Land Settlement Negotiation Trust signed an Agreement in Principle that included the Landcorp farm on the Whakapapa Intake Road.

Te Kotahitanga a Ngati Tuwharetoa (TKNT) took possession of the Taurewa farm 1, July 2019 and promptly locked the gate to the public.

Above Right: Adam Daniel fishing below the Whakapapa intake.

A sign posted on the Whakapapa intake gate indicates that “access ways are privately owned and maintained property” and that there is no public access for vehicles or pedestrians on the Taurewa Farm Properties.

The sign goes on to state that “TKNT retains sole authority over the granting of “concession and permissions.“

Over a year ago Fish & Game staff revisited the access issue and were assured that public access would be retained in any treaty settlement.

Unfortunately, this message was not passed on to the farm’s new owners.

The Whakapapa Intake Road has multiple easements over it including an easement to the crown, “in gross”, that allows unblocked access to “agents, employees, contractors, tenants, licensees, and other invitees”.

Walking Access New Zealand and Fish & Game staff are working diligently to inform the new owners that the public have a legal right to drive to the Whakapapa River via Whakapapa Intake Road.

Unfortunately, that message has not got through yet and there is currently a locked gate at the road entrance.