Access to the Kaniwhaniwha River has changed near the Lime Works.

DOC has made a new carpark near Fillery Road for the Karamu Walkway.

The new parking area is just off Fillery Road and vehicles that drive into the lime works may be locked in as there is a new gate.

Although there is a paper road leading into the lime works it, does not follow the formed road giving the landowner the option to close the road to all access.

Anglers can walk on the paper road to the river during the open fishing season, including the farm track on the true left bank downriver of the Lime Works.

If you choose to walk on the paper road through the lime works, please be polite and pop in to tell the operator your intentions.

Above: A successful angler on Mangatawhiri Dam.

This area has good fishing during November, and we want to keep on good terms with the local landowners so please be polite and respect the access we have.

Both reservoirs are open to fishing from the dam face and there is no longer a requirement to sign in.

Anglers are now required to walk up the dam access roads.

Staff hope to survey both lakes to monitor the self-sustaining trout populations in mid-December and are working with Watercare staff to improve access where practical. 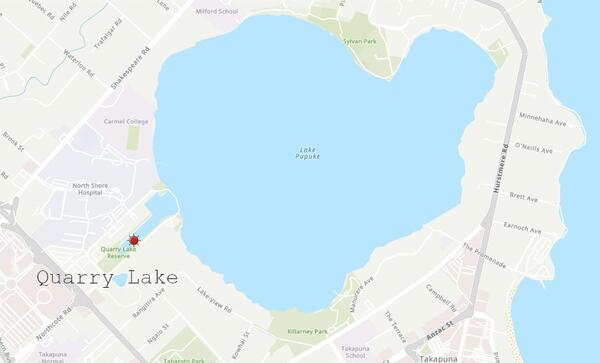 The Lake Pupuke stocking report was submitted to council by staff and will be reviewed at the Auckland/Waikato Fish & Game Council meeting December 12th in Hamilton.

All of the submissions from anglers and clubs were included in the report and there was a split between anglers that believe the money spent to stock Lake Pupuke could be used elsewhere and others that think the $10,000 annual cost is justified.

The report notes that although lake Pupuke has sufficient water quality to support a trout fishery the presence of perch would prevent the lake from becoming a desirable trout fishery.

Alternate means of improving opportunities for Auckland anglers were explored including shifting the Sylvan Park release site to the Quarry Lake portion of Lake Pupuke.

This much smaller waterbody could provide great fishing for locals with less fish.

Additionally, 200 two-year-old fish were released in Parkinson’s Lake as a trial in 2020 and have been well received by anglers.

Reallocating the money previously spent on the Lake Pupuke Sylvan Park release to multiple smaller releases at Lake Pupuke’s Quarry Lake and Parkinson’s Lake may better serve anglers and will also be discussed at the next Council meeting.

As always your valuable input is part of the process and anglers are encouraged to come to the meeting or submit a written statement to aucklandwaikato@fishandgame.org.nz.