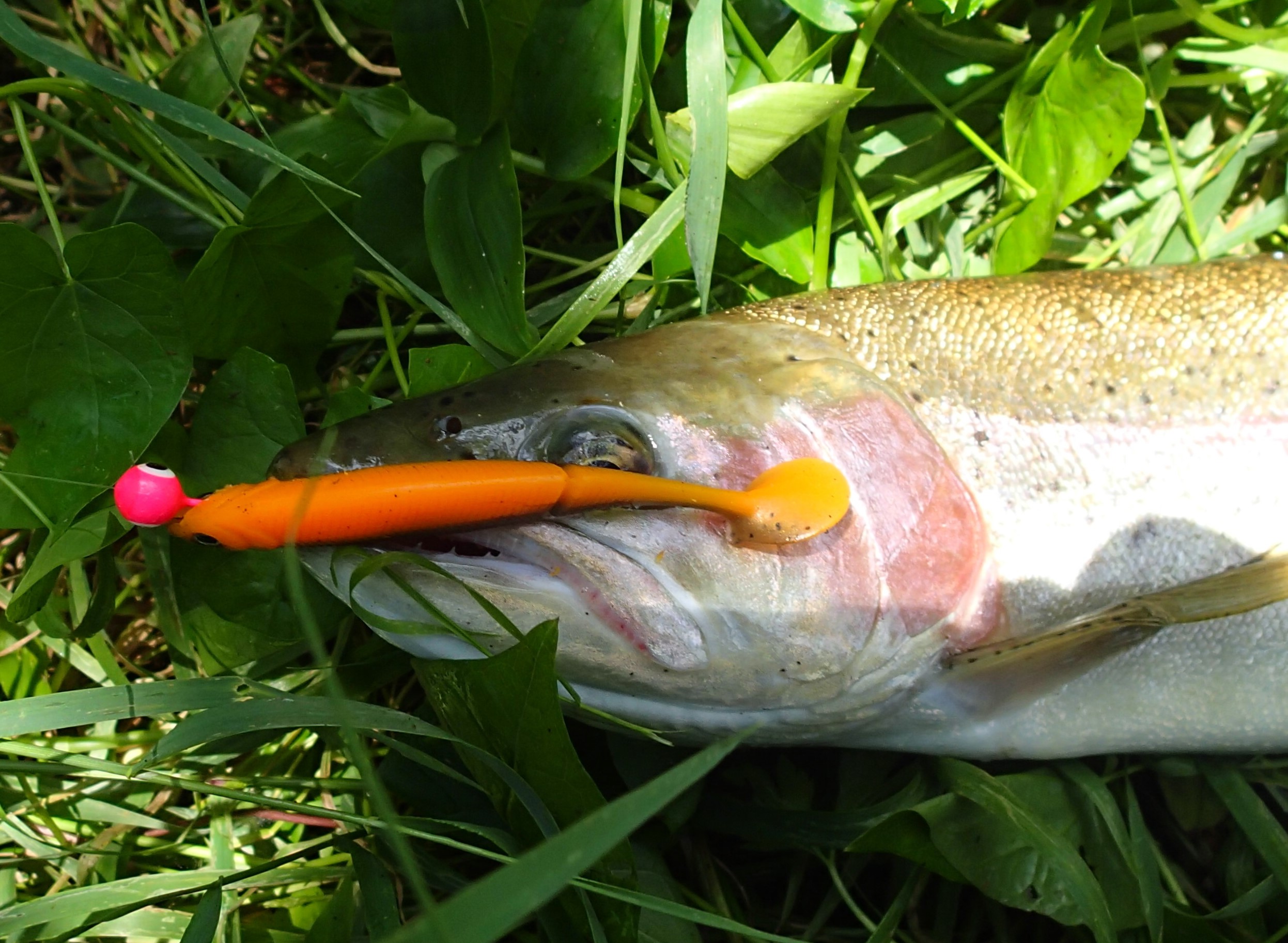 Fish are on the move and it’s time to start fishing the Waipa tributaries.

Top right: A migrating rainbow caught at the mouth of a Waipa tributary.

The Waikato River has hit that magic 19°C point and large trout are now migrating out of the Waikato into the Waipa River on their way to their natal streams (Click here to see the latest temperatures for the Waikato River).

Most of the Waipa tributaries will soon be full of large trout returning from their spring smelt feeding run to the Waikato River.

But this stream is not unique, and large fish will be moving into the cool water found in Waipa tributaries over the next couple of weeks - so it’s time to get out there!

Staff have been conducting a water quality study in the upper Whanganui River to identify tributaries that contribute to the heavy sediment load in this river.

The goal of the project is to increase water clarity in the upper reaches of the Whanganui to improve the trout habitat.

The project has attracted some media attention thanks to the treaty settlement that gave the Whanganui River its own legal identity, with the rights, duties and liabilities of a legal person.

Highlighting the challenges facing our rivers is critical to protecting them from degradation, but getting journalist into our backcountry streams can be challenging.

To accommodate extra passengers and their camera gear an ATV with capacity for four passengers is needed for the project.

To our delight, Blue Wing Honda NZ has partially sponsored a new four passenger Pioneer 700 for the project.

Staff would like to extend a big thank you to Honda for this generous contribution to our work.

The new ATV will also allow staff to drift dive the upper Wanganui if conditions are favourable in 2019 to monitor the trout population prior to any restoration efforts.