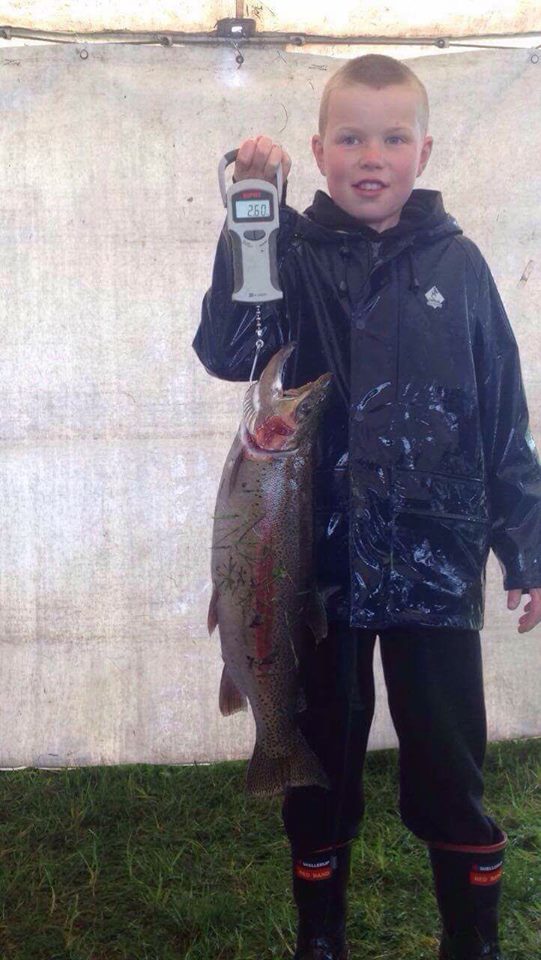 Despite some challenging weather, the Tokoroa Sports Fishing Club put on a great kids event this month with plenty of happy anglers.

A happy angler with a nice rainbow from Lake Moana-Nui.

Fisheries Manager Adam Daniel assisted the club by releasing ten two year-old tagged trout (from the Rotorua hatchery) the week before the event, that could be caught for special prizes.

Staff hoped that one of the fish would be caught but to date, only three of the ten trout have been reported caught – which validates the need for the annual release of hatchery fish into Lake Moana-Nui – to keep anglers happy year round.

The lake has been producing 2kg-plus rainbows for the local community and several were caught during the competition.

Ever wonder where all the Fish & Game reports end up?  Look no further…the link here will take you to our staff report page that has many of our monitoring and research reports.  If you need additional information just ask. 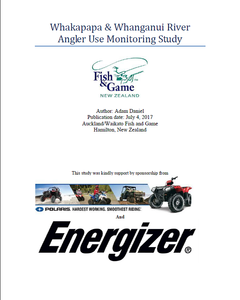 Latest staff report on angler use of two of the region's rivers.

If you happened to miss the article on sterile trout in the annual newsletter, staff are considering releasing sterile trout into Lake Arapuni to reduce pressure on wild spawning fish.

Research carried out in the U.S. has shown that hatchery fish survive at a much lower rate than wild spawning fish, and when they inter-breed with highly adapted local strains of fish, it can reduce the survival of their offspring.

New Zealand trout have not had millions of years to adapt to local conditions but there could still be a similar negative impact from stocking our lakes.

One method of avoiding hatchery versus wild spawning issues is to stock sterile fish.

Unfortunately ignorance has prevented the use of sterile fish in New Zealand. The notion that the sterilisation process (heat or pressure treatment of ova) genetically modifies fish is simply not true.

Sterilisation forces fish to retain an extra set of chromosomes, which are normally ejected from the ova, leaving the fish genetically identical to their wild counterparts.

Sterile fish have three sets of chromosomes (triploids) instead of two so they can’t reproduce, but are otherwise normal fish. Triploid fish are found in the wild, albeit rarely.

The use of triploids has been seen as vital to overseas stocking programs with California, England, Wales and Scotland now requiring that all hatchery-reared trout released into rivers are triploid.

An added benefit of triploid trout is that they don’t waste energy on ova production and can outgrow their wild spawning counterparts.

Auckland/Waikato Fish & Game staff are considering stocking triploid trout to improve the survival of wild spawning trout in the Waikato River hydro lakes, and we value your feedback.

If you have comments (aside from the misguided notion that these fish are genetically modified) email us at: admin@awfg.org.nz.

The council will consider a proposal to stock sterile trout in Lake Arapuni at its December 9 meeting in Hamilton.