Proposed rule changes to be discussed at the June council meeting

The use of actively fished scented soft baits and opening fishing in Hydro lake tributaries will be discussed at the June 17th Council meeting.

Actively fished soft baits are thrown and retrieved like a spinner and would only be allowed in non-fly fishing only waters.

Soft baits are becoming increasingly popular saltwater baits and are a great option for getting kids into fishing.

Scented soft baits are seen as a relatively minor change in terms of the number of fish harvested with less than 10% of anglers in the region fishing streams with spin gear.

Data collected in the angler use camera study suggests that only a small number of fish are killed by anglers so the main concern is hooking mortality and the majority of soft baits are single hooks as opposed to spinners that are normally rigged with treble hooks.

Opening hydro lake tributaries is a bit more complex considering that large numbers of fish that can congregate some of tributaries during spawning season and hot summers.

Opening up the tributaries could lead to increased harvest of vulnerable wild spawning fish.

Unfortunately the wild spawning fish in Lake Arapuni have not been doing well with catch rates dropping by more than 50% over the past five years.

The rule change is being considered because many anglers fish the Tumai Stream and there is no definition of a stream mouth to easily determine where the lake ends and a stream begins. 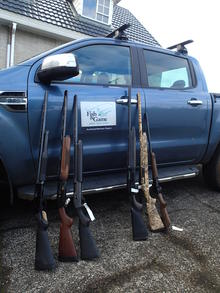 Fish and Game rangers have been very active this season conducting compliance checks on duck shooters.

Most shooters have been compliant but over a dozen guns were seized by Auckland/Waikato rangers on the opening weekend alone.

Reports of hunters shooting from powered boats have been particularly concerning due to the potential safety threat to anglers or bystanders that may be on the river banks.

Carrying a loaded weapon in a boat or vehicle that is under way is an offence punishable by fine and potentially the seizure of the weapons and the boat used in committing the offence.

We need your help to clamp down on dodgy shooters so if you see a boat under power with guns out please take pictures and record the boat name or vehicle registration if it is safe to do so.