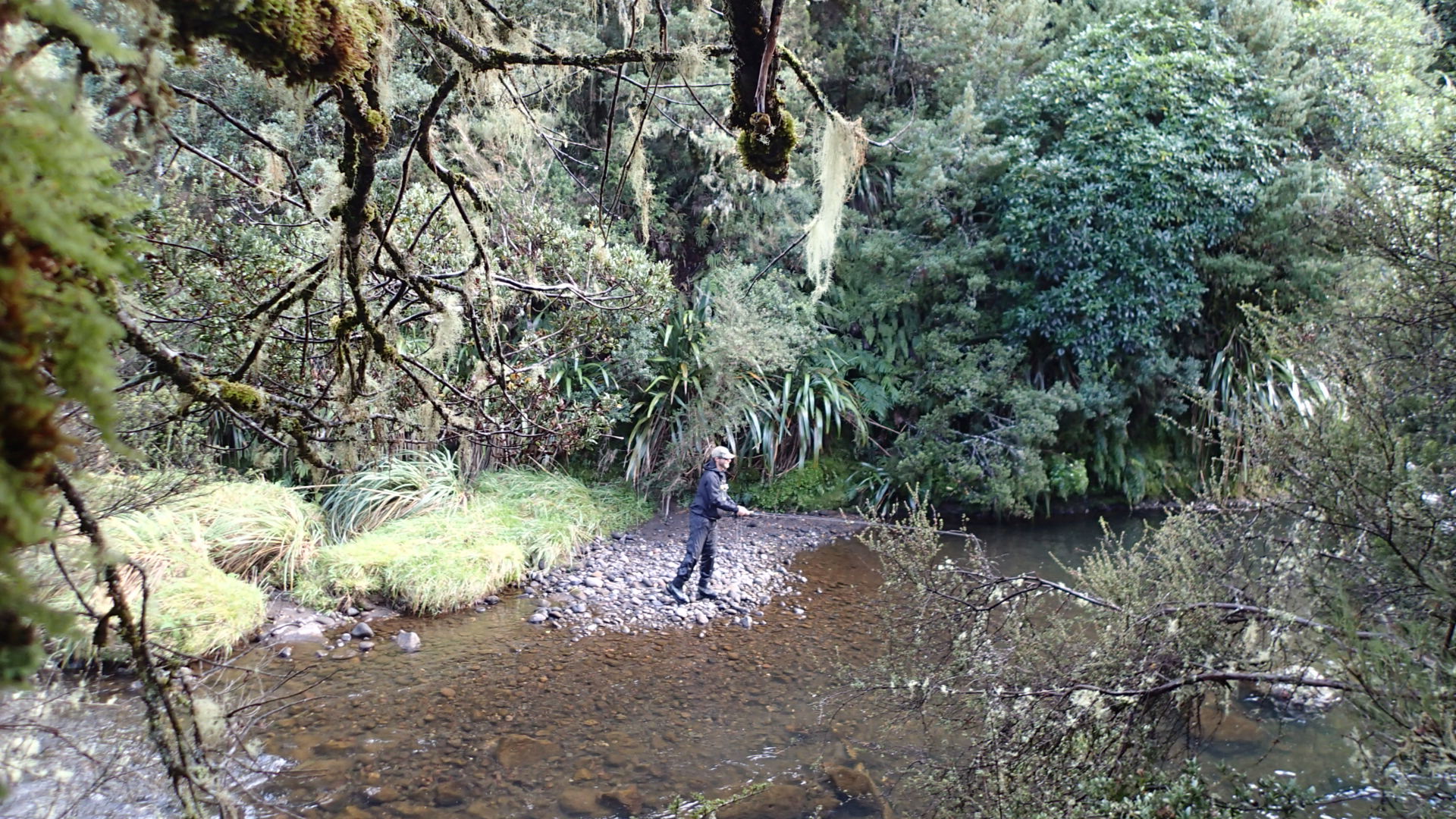 Staff have been in the field water sampling on the upper Whanganui River and have seen some huge fish and only a handful of anglers.

The February rains flushed out the Whakapapa and Whanganui Rivers leaving behind clean river beds with plenty of fish.

Staff member Adam Daniel travelled to the upper Whanganui and the Whakapapa in mid-March and only encountered a single angler from the Czech Republic who was happily catching and releasing nice rainbows near Owhango.

Don’t let the autumn rain put you off, most of our higher elevation rivers clear up quickly and fishing has been great.

A couple of casts on dark saw Adam land a beautiful rainbow on the upper Whanganui.

If you happen to be preparing for the roar don’t forget to pack your rod – it’s a great time catch fish.

The passing of Russell Gaston in January was a huge loss to the Fish & Game community.

Mr Gaston has been keeping a close eye on Awakino River for over half a century as a ranger and council delegate.

Russell first got involved with Fish & Game in 1948 and briefed staffed annually on the health of the Awakino River, amongst other things.

Adam Daniel recalls meeting Gaston for the first time in 2012. “I introduced myself and Gaston sat me down pulled out an iPad and briefed me on Fish & Game matters for a good hour, including staff wages as he thought we were paid too much.”

Since that first visit Mr Gaston’s annual update has been an integral part of our Awakino drift dive survey.

Although staff did not get their briefing on the health of the Awakino fishery from Russell this year the annual drift dives were carried out in March.

The lower reach of Gribbon road was nearly void of fish just like the previous dive in 2016, but the upper survey reach was packed with nice fish.

Staff found up to nine large rainbows in a single hole with a couple of fish in excess of six pounds.