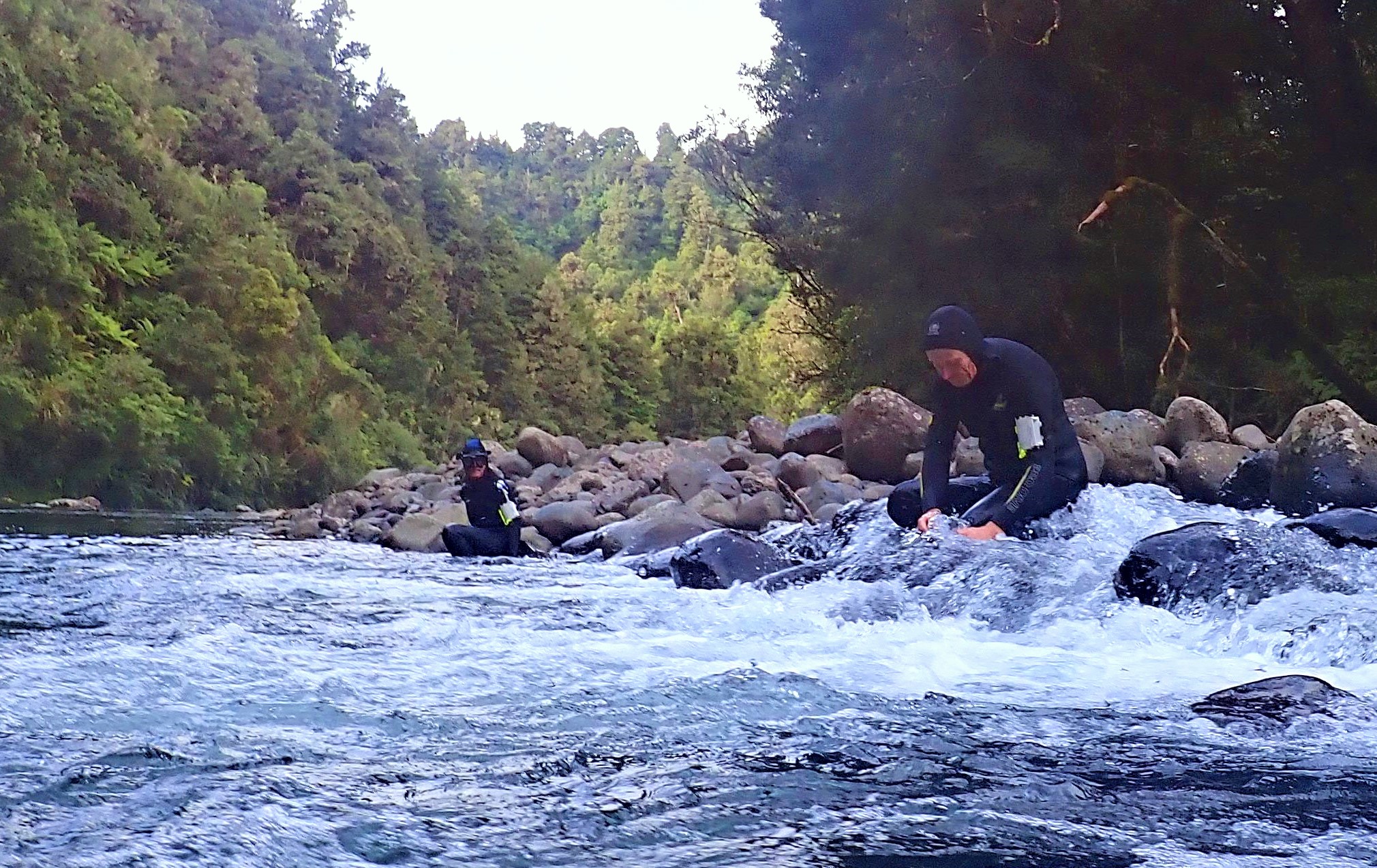 ‘Lots of fish' in Whakapapa River

Staff completed a Whakapapa River drift dive in January with some great results.

Top right: Staff preparing to enter a pool on the Whakapapa River.

There were about 17 very large trout (over 40cm) per kilometre of river.

Fish were spread out with nearly all of the major holes holding good condition rainbows.

The count was very similar to 2017 when the Whakapapa River was last surveyed.

If you plan to fish the river, check the Genesis Whakapapa at Footbridge - river-flow gauge online and make sure the flow is 6M3 or less as flows over 8m3 make the river difficult to cross.

An attempt was made to monitor the Whanganui River but unfortunately water clarity was very low.

This was possibly due to work starting on the Lake Otamangakau bypass but staff will return for a second attempt in February.

The Waihou and Waimakariri streams were also surveyed and are both full of fish. The Waihou had a marked reduction in small fish and a couple of large fish that are not often seen in spring fed rivers.

Although the Waimakariri had lots of trout the water clarity was not great for a spring-fed river, so further improvements in land use activities adjacent to the stream will need to be addressed.

Genesis Energy says it will be carrying out maintenance on the Whakapapa-Whanganui Tunnel in early February, and during this time no water will be diverted into the tunnel.

The work is planned from Monday February 4th to Friday March 12.

Genesis says that while its hoped work will be finished by March 12, it may continue after this date for a short period.

The company says that anglers should be aware that flows are also subject to natural fluctuation from weather events.

If you have any questions or require further information, please contact Chris Ormandy on 07-384 7209 or email  chris.ormandy@genesisenergy.co.nz.

Rangers were recently in the Huntly area where they found an unlicensed angler at lake Hakanoa. 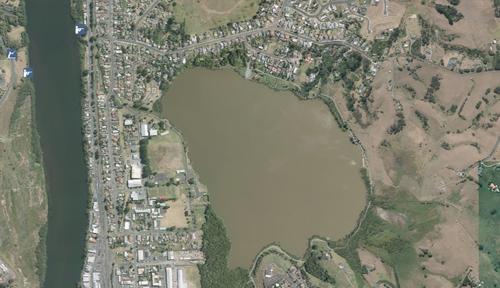 Although most anglers were licenced there were some in the area who didn’t appear to know the rules.

More importantly, a member of the public approached the rangers and identified himself as a “federal marshal” and then offered to sell a licence to an angler.

The individual fled the scene before staff could question him.

If you are in the Huntly area and approached by an individual claiming to be a “marshall” or Fish & Game ranger, please be polite and ask to see their ID.

If they can’t produce it or if you feel threatened in any way contact the police in addition to Fish & Game.