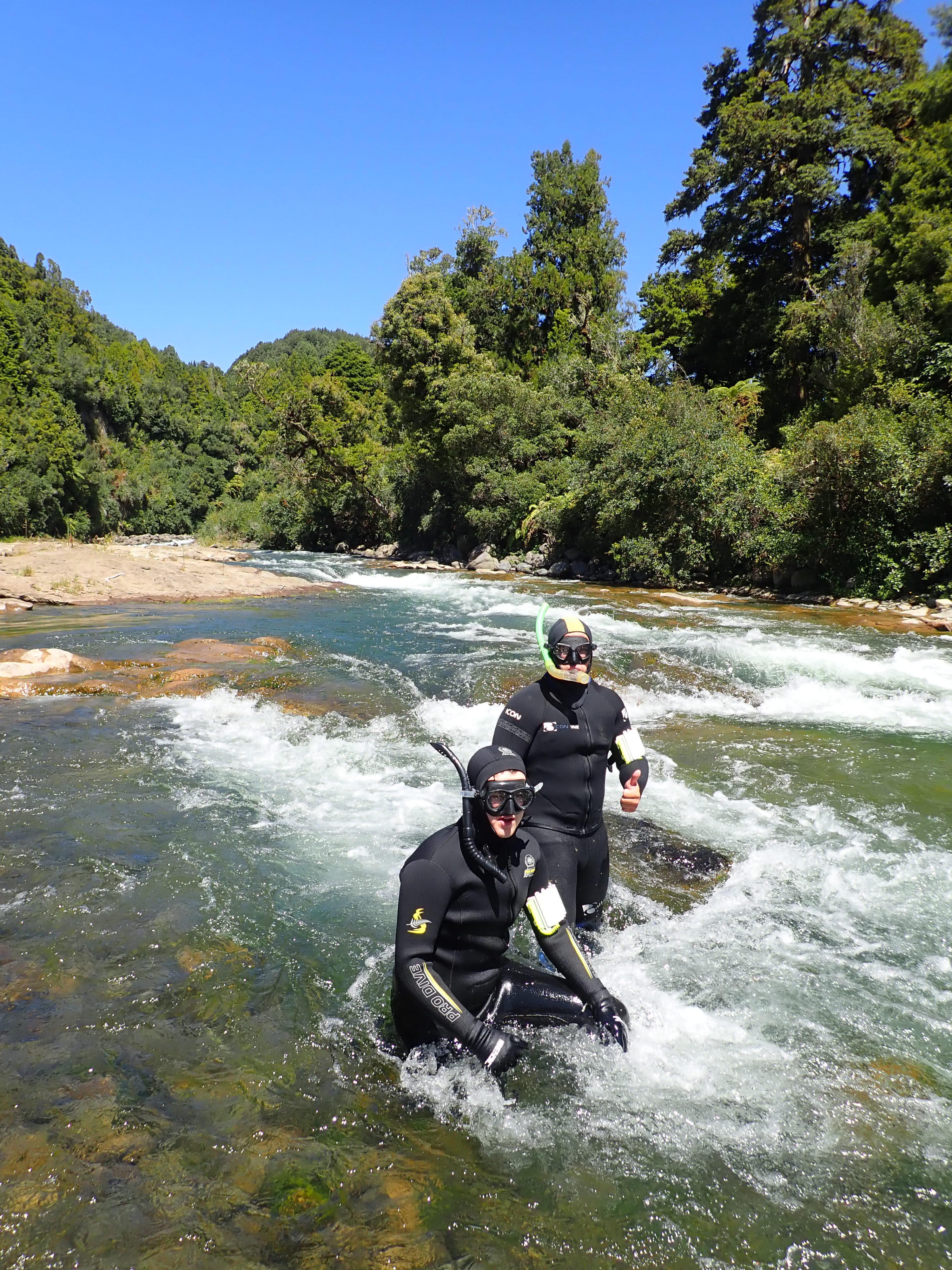 Record number of fish counted in the lower Whakapapa

Fish & Game staff have just completed a drift dive survey of the lower Whakapapa River near Owhango and found a record number of large rainbows in the river.

Staff member Dr Adam Daniel was shocked by the number of fish so close to a major access point and recalled that one of the holes “had more than a dozen large rainbows”.

Rainbows near Owhango are generally around 1.8 kg but some of the fish spotted on this year’s drift dive were in excess of 3 kg.

Staff would like to thank the new owners of the Forest Lodge Owhango (Andrew and Margaret Dewing) for being kind enough to shuttle the dive team to the top of the survey reach. 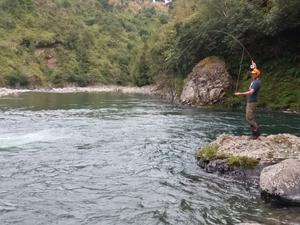 Fish and Game Staff member Adam Daniel about to lose a large rainbow on the upper Whakapapa.

Fish and Game staff have been working hard to open the Whakapapa Intake Road.

It is DoC’s responsibility to administer the driving easement over the former Landcorp Farm, to date nothing has been done about the gate being closed with signs indicating “a concussion” is required to access the Whakapapa Intake Road.

DoC staff have been informed by Fish & Game that:

Although there does not seem to be any legitimate reason the only legal access to the upper Whakapapa should be closed staff will be traveling down to the local DoC office to discuss the lack of progress.