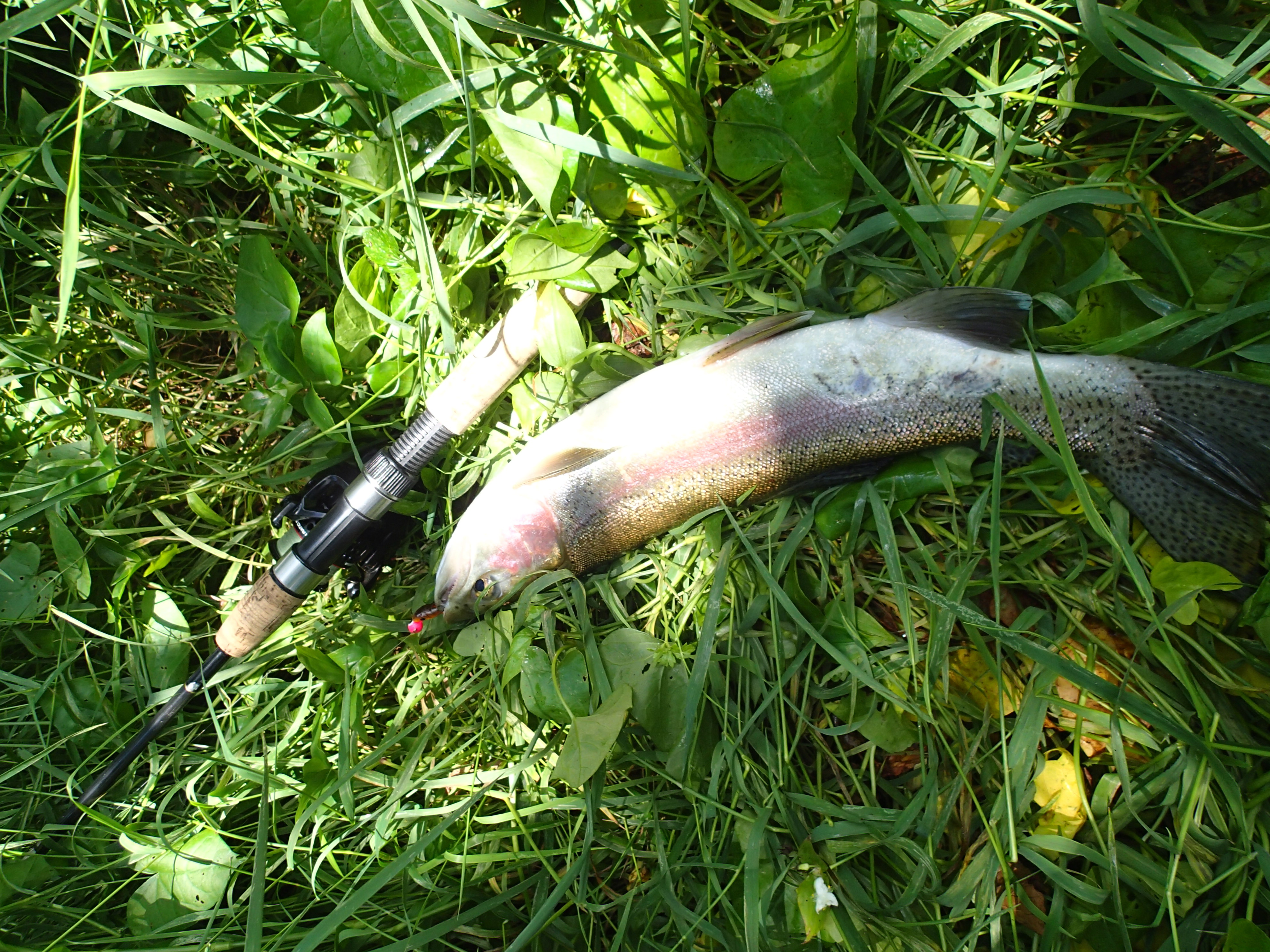 Right: A rainbow trout caught on a t-tail soft bait.

The good news is that due to the cool weather last summer, there are lots of trout around and they are hungry.

“The fishing was exceptional we had up to three large rainbows competing to take the hook,” Adam recalled.

With the Waikato and Waipa Rivers reaching the magic 19°C,  Pirongia streams are also full of fish.

Dr Daniel stopped for a quick look at a Pirongia tributary and was pleased to find half a dozen fish at the mouth of the stream.

In terms of early summer strategies, nymphing is highly productive until the green beetles appear. If you enjoy spin fishing throwing a t-tail soft bait is also deadly for both rainbow and brown trout.

Mercury has some useful reminders for anglers:

There are more drownings in rivers than any other environment.  Enjoy yourself on the water but keep in mind that New Zealand’s rivers are powerful and require your respect.

Trees come down ahead of plan change

One unfortunate consequence of Plan Change 1 has been a rush to convert from pine to pasture.

Unfortunately, the fear that farmers will be locked into a particular land use to reduce the impact of intensive farming on our rivers, has prompted large tracts of timber to be converted to pasture over the past year.

Clear-felling trees releases a hefty amount of sediment into waterways unless large buffers are left along streams to act as a filter.

Left: Clear-felling of pine next to a Waikato Stream.

Once converted to pasture, nutrient and sediment loss is far higher than pine plantations.  We can only hope that the council settles on a sensible regional plan to reduce contaminants from entering rivers, as the current lack of regulation has led to significant degradation of our communities’ waterways.

Right: A recent pine-to-pasture conversion in the Waikato.