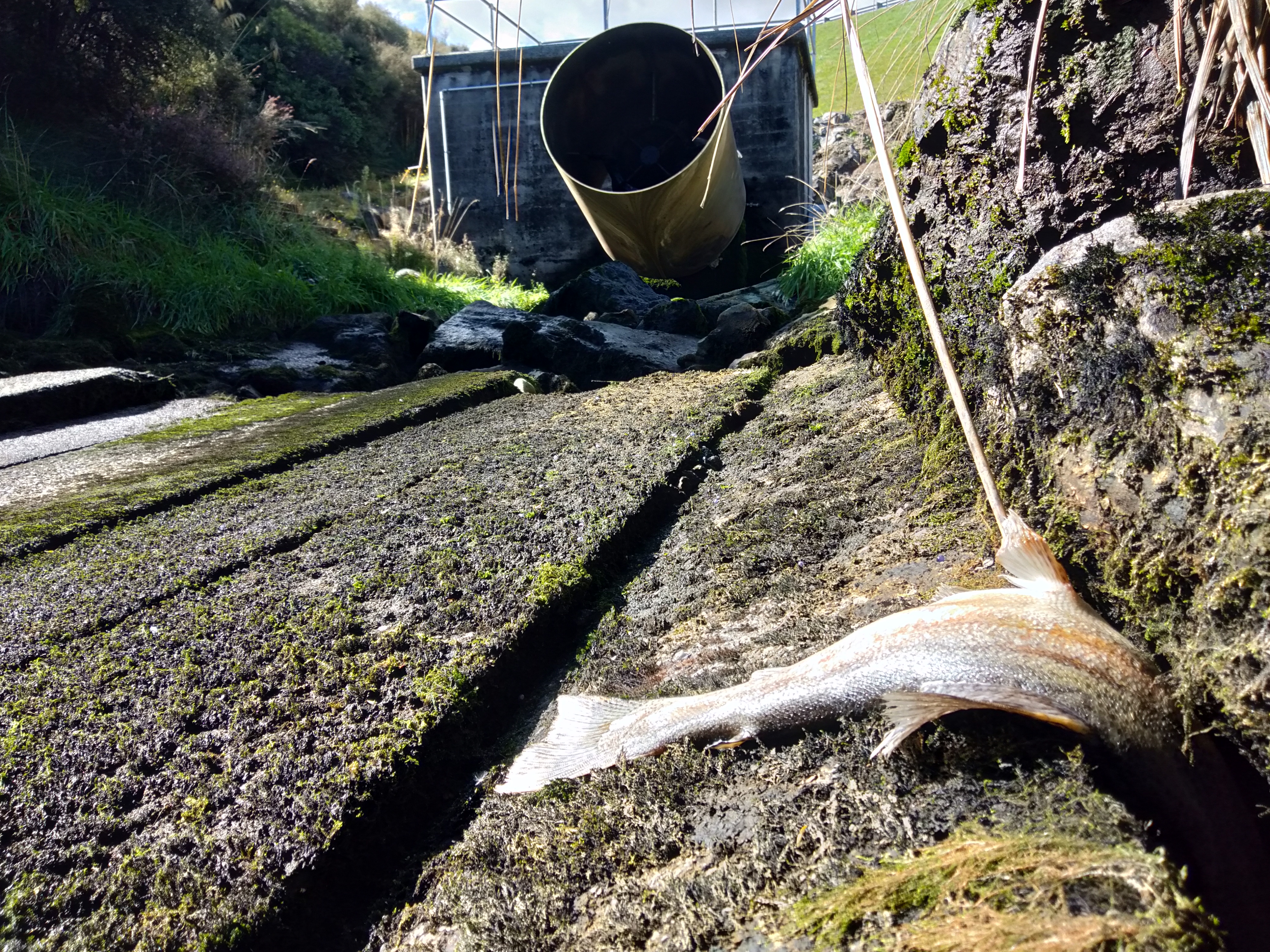 Fish & Game Staff have been investigating the impact of the Lake Otamangakau discharge into the upper Wanganui River.

Right: A rainbow trout killed by the sudden draining of the Lake Otamangakau discharge.

During the critical summer months when the Tongariro power scheme is shut off to meet minimum low flow for the Whanganui River, water is diverted into Lake Otamangakau to help keep fish alive, and then discharged into the Whanganui River through a large valve to replenish water taken from the Whanganui.

The Lake Otamangakau discharge then flows through a channel into the upper Whanganui River.

Fish & Game staff have indicated that the current level of sediment in this discharge is unacceptable, as it visibly changes the water clarity of the Whanganui river and raises the river’s temperature during the heat of the summer when fish are stressed.

The discharge doesn't operate when the power scheme is running which leaves the discharge channel essentially dry.

Unfortunately, when a discharge is suddenly shut off, fish often get stranded and need to be recovered.

Staff members detected fish remains after the Lake Otamangakau discharge was shut off in 2018 and Genesis Energy was informed.

Unfortunately, when staff arrived in April 2019 they found the discharge shut off.

The remaining small pools in the discharge channel were packed with dead and dying fish.

Due to safety concerns, only two pools were surveyed and over 20 trout were found including a 7lb rainbow and two brown trout in excess of 4lbs.

Fish & Game staff contacted Genesis Energy and flow was remotely turned on to revive the fish.

Fish & Game staff will be meeting with Genesis Energy staff and other parties to try to work out a solution prior to next summer. 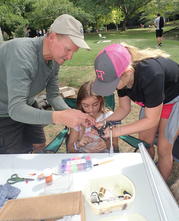 Gavin Hall of the Hamilton Anglers Club recently organised a kid’s fishing day at Te Koutu Lake in Cambridge to provide an opportunity for parents to take their kids fishing.

You may be wondering what you can fish for in Cambridge Lake and the answer is perch.

Although perch can be highly invasive, they are easy to catch, and kids love fishing for them.

The expected turnout wasn’t high, but Gavin did a great job organising the event and to our surprise about 60 kids turned up on the day with many catching their first fish.

“I couldn’t believe the line of happy kids,” he said, describing his surprise at the turnout.

“I must have tied Berkley soft baits on for a good hour and by the time I made it to the lake most of the kids had caught fish.”

The efforts of Gavin and the Hamilton Anglers Club really paid off and Fish & Game would like to send out a huge thank you to the club, Gavin and his family.