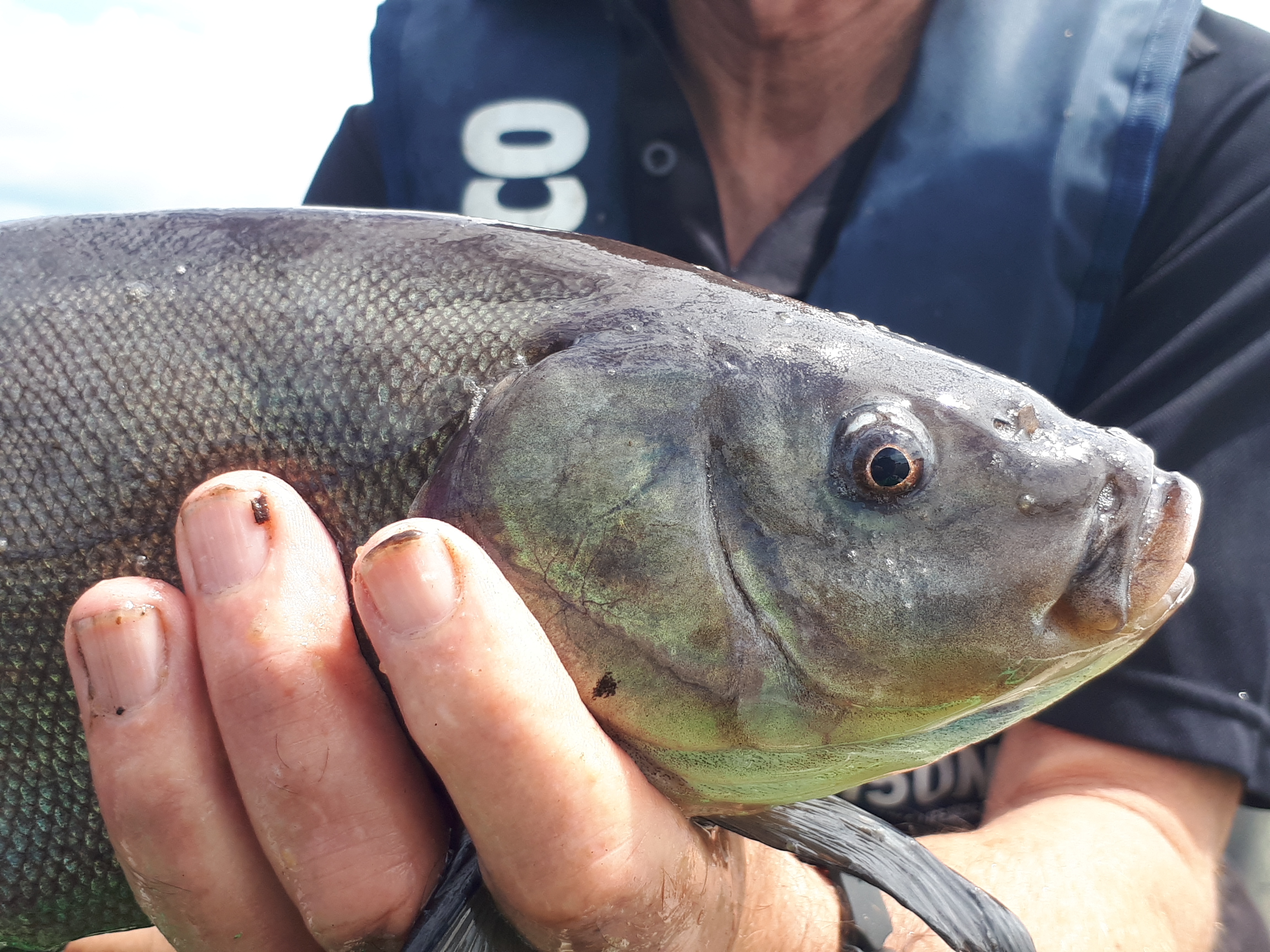 Although the Hamilton Lake Domain shoreline was nearly devoid of tench, the Inness Common area was loaded with hundreds of them.

The vast difference in fish numbers between the two shorelines is likely to have been caused by a lack of habitat for fish on the Domain shoreline.

If you’re into tench fishing, now’s the time to get out there before the water gets cold. Hamilton Lake (Lake Rotoroa) - Inness Common is at the bottom left of the photo.

Brook trout were released into the lake on April 19th.

Previous brook trout releases in Lake Pupuke were popular with anglers as the fish were relatively easy to catch and didn’t venture far from the shoreline.

If you’re fishing the lake over the next couple of months, please report any brook trout caught to the Auckland/Waikato Fish and Game office (07) 849-1666.

Brook char with its distinctive markings.

Continued brook trout releases will depend on the success of the release, gauged on angler reports.

Staff have had multiple reports this year about the use of felt-soled waders or wader boots that can retain water.

There have been several aquatic invaders including new weeds and microscopic organisms detected in New Zealand during the last couple of years.

Most turn out to be benign but the next didymo is out there waiting to get in – so please be vigilant and remind anyone who might compromise our waterways of the rules.