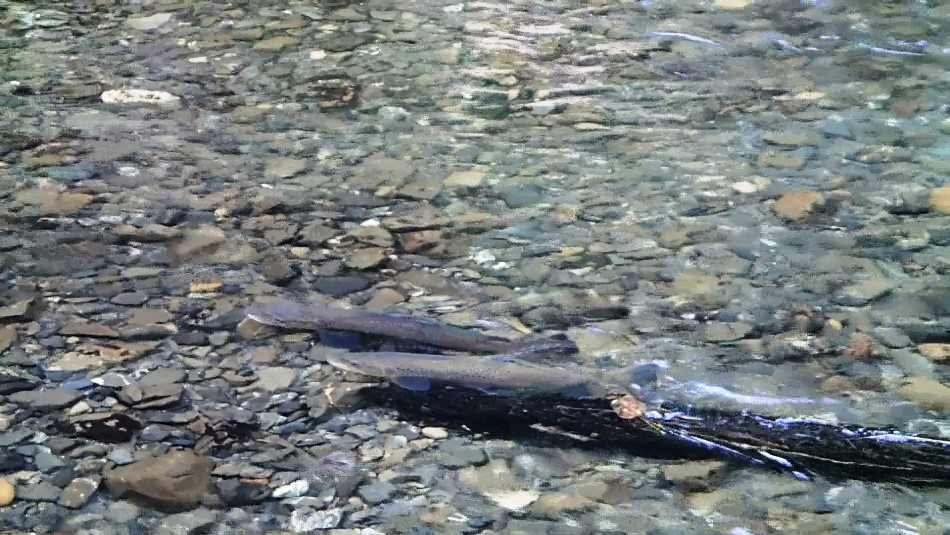 Last season the browns were moving into small tributary streams and by late April they will be migrating upstream in preparation for spawning.

Targeting these fish can be a lot of fun but please leave them alone as they start making reds.

Although many of our rivers did not get hot enough to force trout into smaller cooler tributaries this year, they can’t resist the spawning run so expect fish to start moving up into tributaries over the next couple of months.

Targeting the lower reaches of tributaries after rain events can be productive and please keep an eye out for anything suspicious as this is also poaching season.

The walkway has been given a significant trim that will make casting in this stretch of ‘fly fishing only’ water a lot easier.

Following on from willow removal downstream of the Limeworks Loop Bridge last year, the reach below the Limeworks facility has recently been cleared.

The willow removal will have its down side though.

The overhead cover provided valuable shade from the summer heat and the vast amount of wood removed will no longer fall into the river and provide habitat.

This loss needs to be addressed if councils are going to continue to remove riparian vegetation without mitigating for the loss of fish and waterfowl habitat.

Due to complaints from a dairy farmer we are asking anglers who access the Kaniwhaniwha near the Limeworks facility, to please enter the river via the Karamu Walkway or the Limeworks Loop Bridge.

Although the trail previously went across the farm to the existing bridge this track has been re-routed and begins behind the Limeworks facility off Fillery Road.

Please don’t enter farm land on the right bank without permission from the owner.

If you intend to use the paper road to access the river it’s polite to inform the adjoining  landowner first. 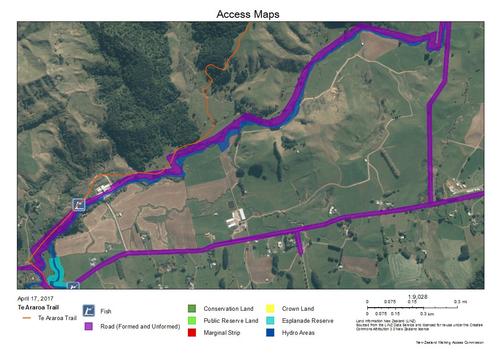 Above: Map showing public access on the left bank and a paper road crossing private land.