Tench are a large attractive fish that often reach 1-3 kg in weight and are a highly sought after by coarse anglers.  Tench are generally dark olive in the back, fading to dark yellow or cream on the belly.  Tench are common in Hamilton Lake (Lake Rotoroa). 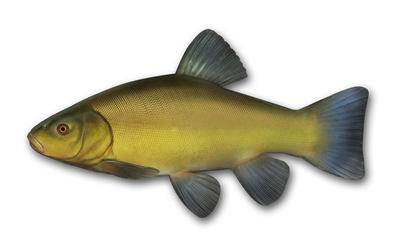 Perch are common in the Wairoa River near Clevedon and Lake Pupuke but throughout the rest of the region they are generally restricted to small lakes and ponds.  Perch are easily identified by their humped back, two dorsal fins and a series of dark vertical lines between the head and the tail.  Perch 1-1.5kg are not uncommon in the Auckland/Waikato Region. 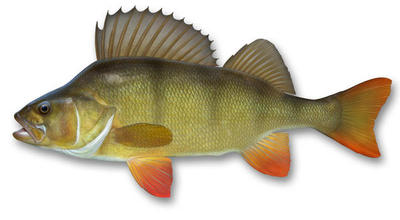 Rudd are extremely common throughout the Waikato River system and associated lakes.  Rudd are similar in shape to a goldfish but have bright scarlet fins, and a short dorsal (top) fin unlike the much longer dorsal fins of perch and goldfish.  Rudd over 1kg are occasionally caught, but they’re generally smaller.

Koi are the ornamental form of the common carp (Cyprinus carpio) bred by the Japanese since the late 19th century for their vivid colouration – usually a bright orange with white and/or black makings. Koi can be distinguished from goldfish by the presence of a pair of barbels on each corner of the mouth, and they can reach a quite staggering size even in small ponds with 10kg specimens not unknown.

Koi carp are known to cause considerable damage to aquatic ecosystems and are thus regarded as a “noxious fish” within New Zealand.  As a “noxious fish” it is illegal for anyone to have a live koi in their possession, which can result in substantial fines. 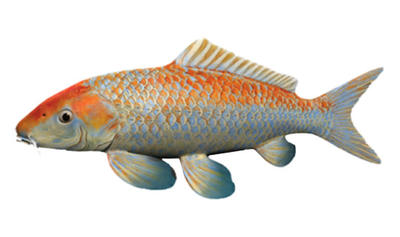 Catfish are abundant throughout the lower Waikato catchment and associated lakes.  The catfish species present in New Zealand, the brown bullhead, is popular in its native USA both with anglers and for the table. 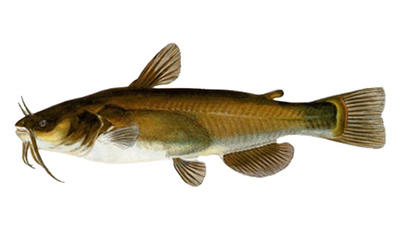 The wild form of the goldfish is usually an olive-bronze colour and weight in at 0.5kg or so, but fish of 1.5kg can be caught in some waters. 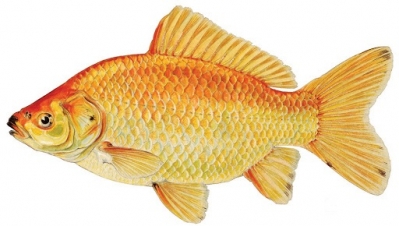