Every one of the 12 New Zealand Fish & Game Councillors is nominated to serve on the council by their own region.

New Zealand Councillors are required to advance and implement national policy back in their particular regions. 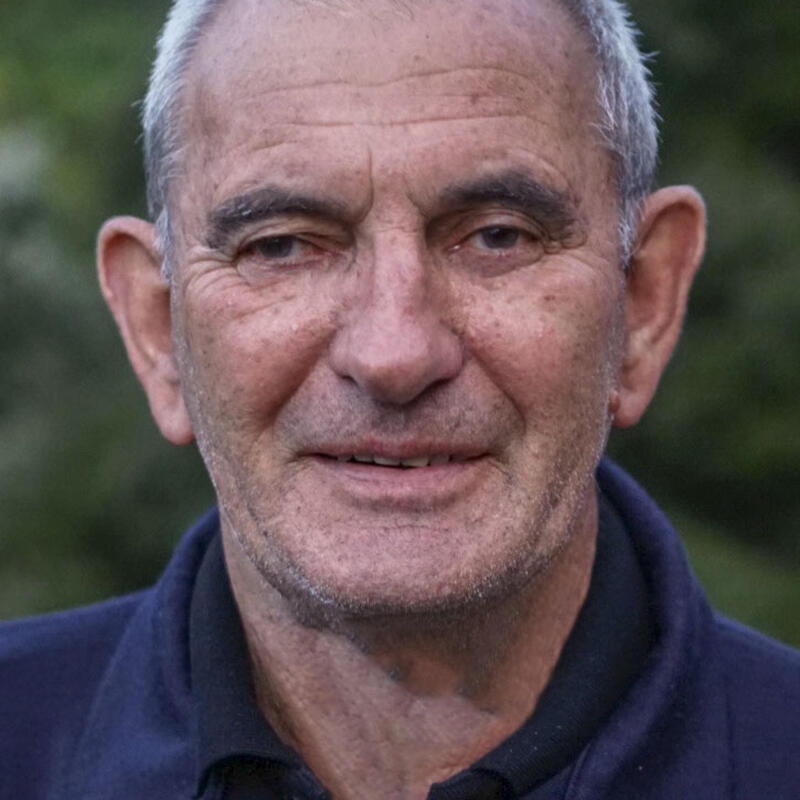 Planning for the future, ensuring there is ample clean clear water for recreation, ensuring wetlands and other game bird habitat are protected, is my priority in representing our Licence holders. The NZ Fish and Game Council has a very important role in working with Ministers and Government Departments to make the significant shift in water and habitat management that is required. After eight years on the Otago Council I am also very keen to see Regional Councils better fulfil their environmental protection role. With experience at a senior level in Government, then owning a tourism business followed by acting as a Director of Local Body and Private Sector Companies I offer Governance and Planning skills to help provide the Leadership expected of the NZ Council. I am a keen angler and have fished in other countries for many years observing different fishery management techniques, and nowadays fish for the pleasure of enjoying our wild places 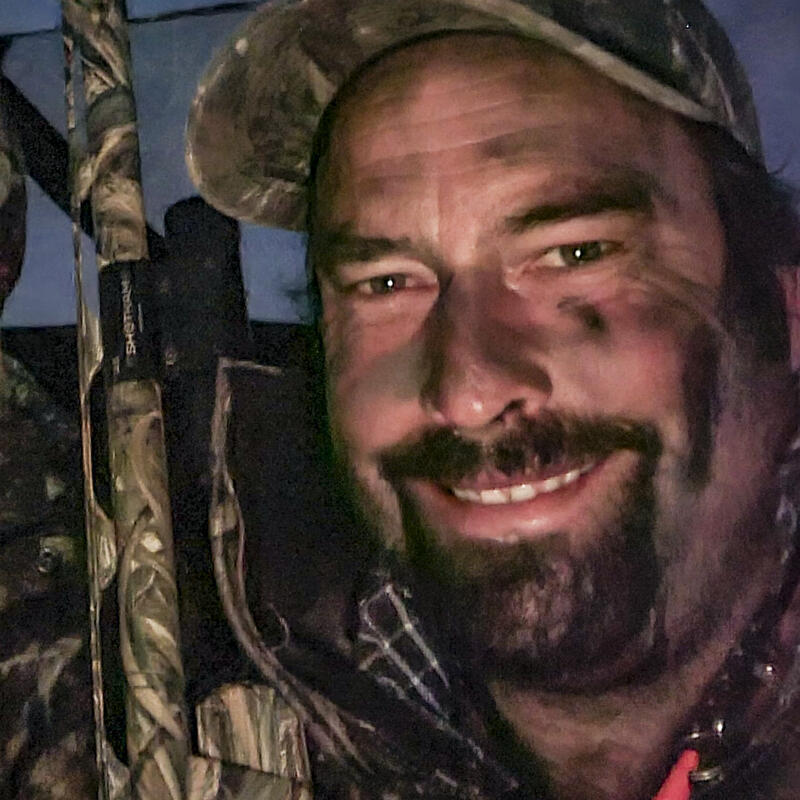 "Together with my wife and two children I sharemilk 450 cows and lease a 180ha dry stock farm in the Horowhenua.

I am a proud farmer, a passionate game bird hunter and an occasional freshwater angler (I own a fly rod, but I’m not very coordinated with it). I have held a game bird licence ever since I could hold a shotgun.

I am in my second term as a Wellington region Fish and Game Councillor and have been their appointee on the New Zealand Council since April 2021.

Like many farmers, I am an environmentalist and a conservationist. I firmly believe that Fish and Game’s goals of improved water quality, habitat protection/restoration and greater access can be better achieved through working with farmers, rather than in conflict with them.

I am currently a Trustee of the New Zealand Dairy Industry Awards and Federated Farmers Dairy Vice-Chair. I have previously held roles as an Associate Director of DairyNZ and Chair of the Federated Farmers Sharemilker Section. I have recently completed the Fonterra Governance Development Programme." 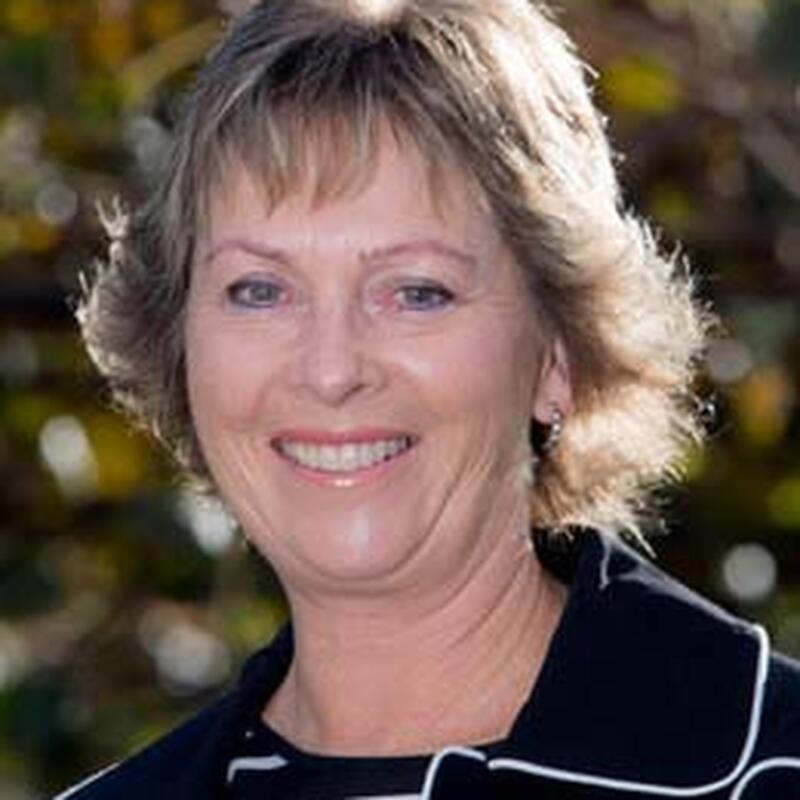 I've been an Eastern F&G Councillor since December 2019, and their appointee to NZ F&G Council from December 2020. I am a keen fly and boat fisher both in NZ and overseas and enjoy my shooting as well.
A Kiwifruit orchardist from Te Puke with 35 years banking experience, 22 years in management and rural lending. After retiring from banking I worked with Bay of Plenty Rural Support Trust as a facilitator and then their Regional Leader.
For the past five years (until August 2020) I have been a member of the NZ Kiwifruit Growers Forum. During this time I was a member of their Executive and their representative on the Industry Advisory Council.
I completed the Zespri Industry Governance Programme providing me further governance experience.
I am the current Chairperson of Seeka Growers Ltd.
I want to add value to these important NZ activities with my financial acumen and ensure that our licence holders retain the important access they require in a clean environment.

Darryl is the appointee from the Northland Fish & Game region.

I am a keen hunter and fisher residing on the West Coast. I have been involved in Fish and Game governance for over 28 years and have seen and been involved in a number of changes over that time.
Professionally, I am a qualified chartered accountant who has worked at the executive level in public and private organisations. I would like to contribute to the direction that Fish and Game will take in the future, whatever that may be.
In the last couple of years, I have restructured my life (much to the envy of my fishing friends) to enable me to engage in my passion for flyfishing, particularly in the beautiful places New Zealand has to offer. This also has the benefit of also allowing me the time to be involved in Fish and Game at a national level, and for that I am grateful. I will do my utmost to ensure we are a stronger and better organisation for the future.

Linn is the appointee from the Central South Island Fish & Game region. 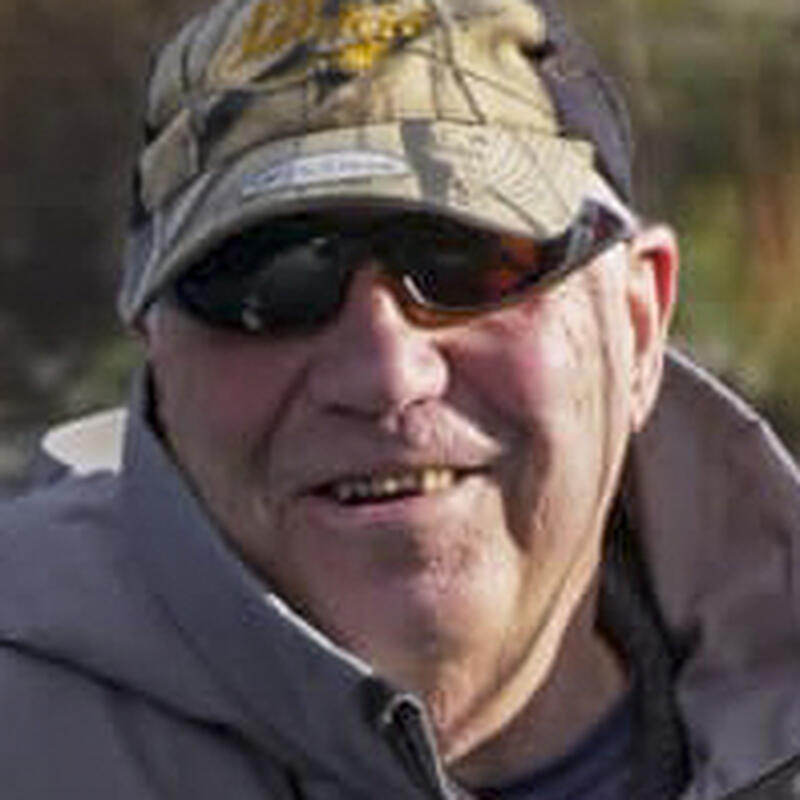 I live on Auckland’s North Shore and am an elected F&G councillor for the Auckland/Waikato region appointed by the region to the national council. I have been a long-time game shooter, bird and deer, and am a passionate fly fisher having fished throughout New Zealand. I’m a life member of a gun club and am the treasurer of the North Shore Flyfishers. Publicly nominated, I served as a board member, for nine years, in governance on a Govt Crown Entity. I’m university qualified in dispute resolution and negotiation and in some part accountancy. Appointed as a JP in 1982, later judicially trained, I served in the Depositions and Arrest Courts. This I supported by some relevant legal paper qualifications from Davis, Auckland University. During the years of MAF, I managed most of the Auckland region through to Bream Bay based honorary fisheries officers. As an aside, I have been involved in aquaculture (oyster farming) and in the NZ Army, I attained the rank of Major with a speciality in military law and admin. Computer literacy – very strong having built some large e-commerce sites in Magento and WooComerce. Through family ties, I do have connections with some Iwi primarily Te Aupouri and historically Arawa. As a family man, I’ve been married for 50 years with a daughter, partner in a law firm that specialises in Employment, and son who is a director of our energy electronic business. 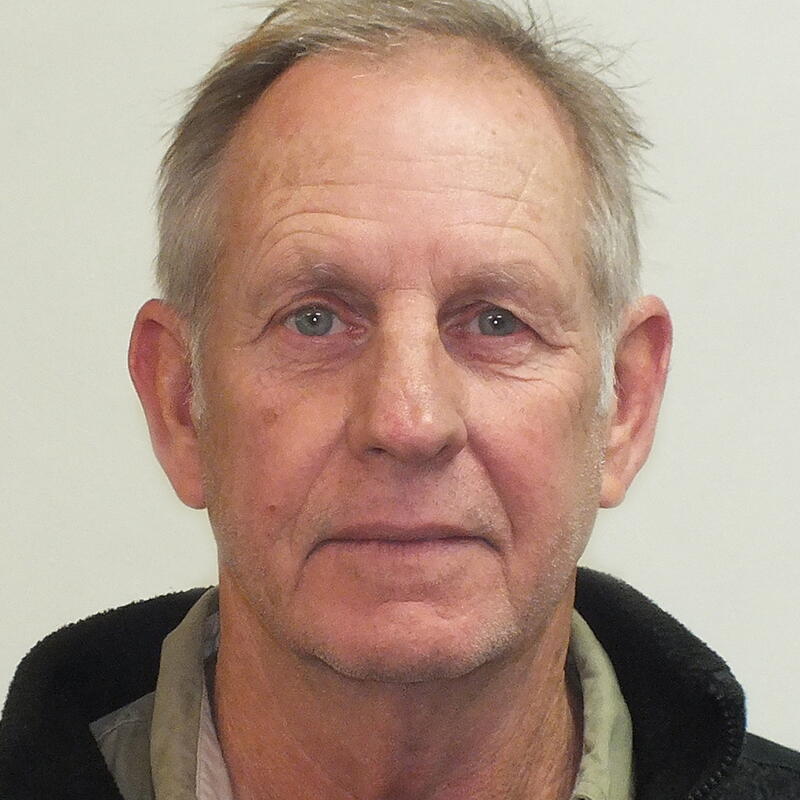 Sports Fish and Game Management in New Zealand is unique in that we, as licence holders, have the opportunity to manage our own affairs. For the past 40 years, I have made my own contribution to our sport. In 1981 as the Senior Fisheries Officer for the Wellington Acclimatisation Society, in 1985 with NZ Wildlife Service as the National game bird coordinator in Wellington and as the Principal Wildlife Officer (Fisheries) in the Southern Lakes Acclimatisation District. From 1987 I spend 17 years with the Department of Conservation and Otago Fish and Game Council as a Fish and Game Officer.

In 2004 I moved to the Nelson Tasman Region and established an environmental consultancy business Fish and Wildlife Services Ltd, and continue in my role as the Director of this company. In 2006 I was elected to the Nelson Marlborough Fish and Game Council and continue to serve the interests of sports fish and game bird licence holders in Te Tau Ihu.

In my first term as a Nelson Marlborough Fish and Game Council nominated delegate to the New Zealand Council. I can now apply my sports fish and game management skills and governance experience at a national level.

Throughout my tenure with Fish and Game, I have experienced numerous reviews that targeted our political independence and the ability of elected Councillors to ensure sound governance decisions that are in the best interests of licence holders.

With the current Ministerial Review of Fish and Game, I am adamant about our current principles of sports fish and game management while I accept that we can improve on the way we conduct our business.

I am a keen angler and game bird hunter with a particular interest in the management of our pressure sensitive sports fisheries. I will endeavour to take my existing privilege and opportunity on the New Zealand Council to work in the interests of the present and future generations of licence holders.

There are some who can live without wild things, and some who cannot. These essays are the delights and dilemmas of one who cannot—Aldo Leopold in “A Sand County Almanac” (1949). 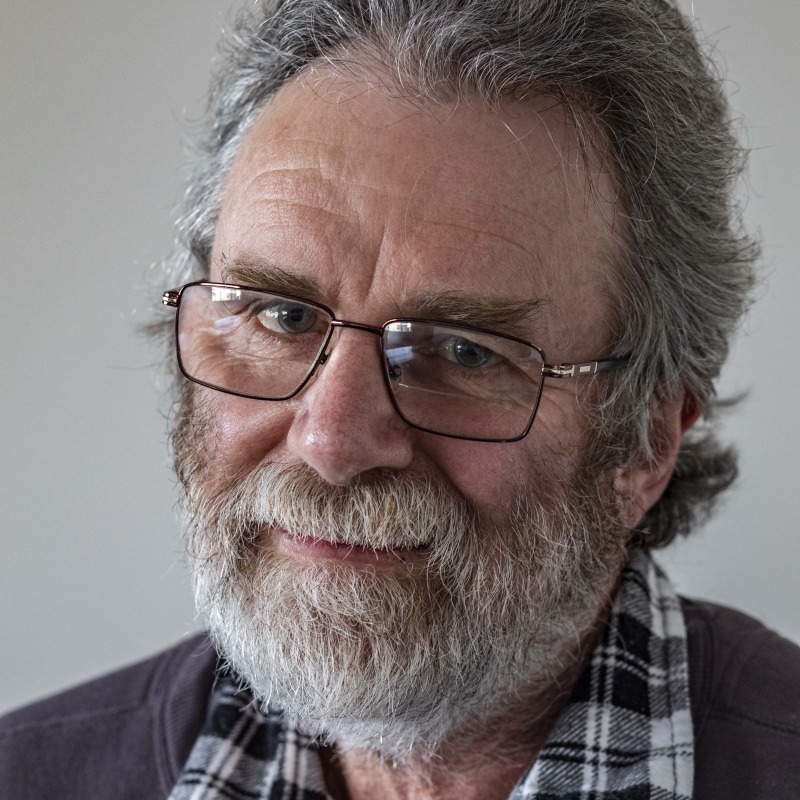 I am a retired Electrical Engineer. I have been on the Southland Fish and Game Council since 2012.
My main interest is trout fishing, especially fly fishing and I am the President of the Southland Fly Fishing Club. This allows me to help in promoting the sport and I enjoy helping out junior and beginner anglers.
I also take an interest in protecting access and habitat for both fishing and hunting as these are important NZ traditions. We need to keep our environment as pure as possible and ensure that the habitat for both fish and game birds is maintained to allow these species to survive.
I see a need to act against capture of the fishing and hunting resources for private gain at the expense of the general public. I also see a need to ensure that fishing access is still available to New Zealand anglers.
We need to continue to make hunting and fishing licences affordable while continuing to provide enough income to Fish and Game to manage our hunting and fishing resources. I also see a need to try and obtain some income from others sources, especially those who profit from using the hunting and fishing resources, including the introduction of a guide’s licence. 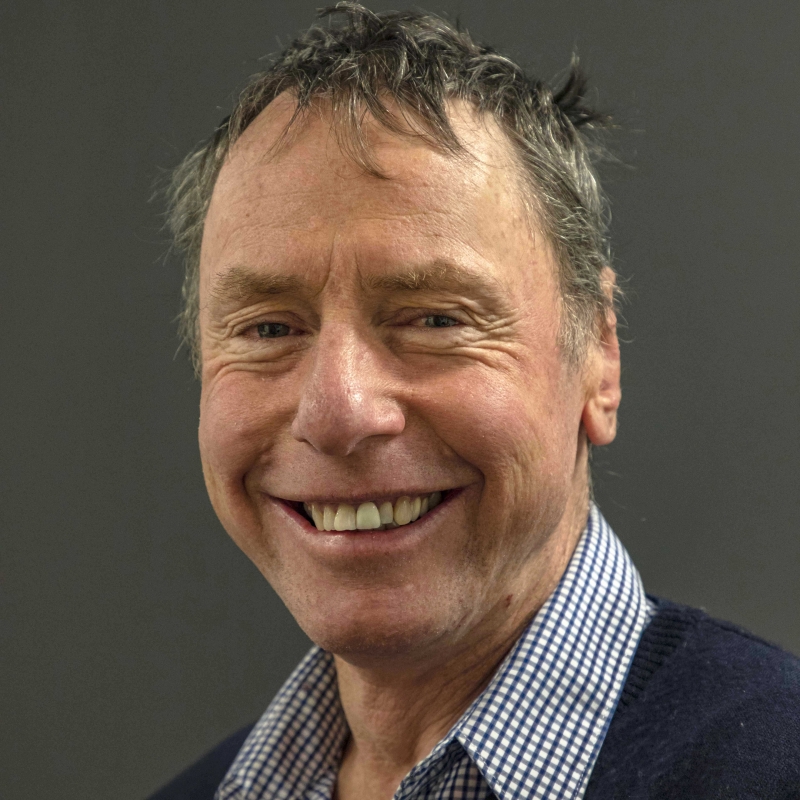 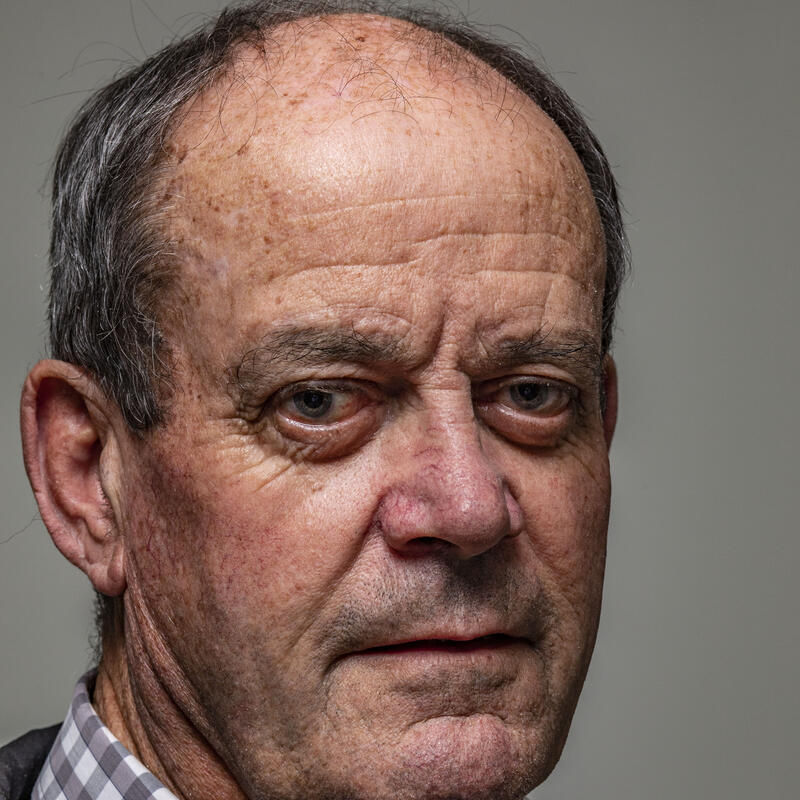 I have been a keen trout fisher and game bird hunter since I was introduced to the sport over 50 years ago by my father when I was a boy living on the West Coast. I am a particularly keen fly fisher with a passion for fishing back country rivers.
I am also a keen deer hunter.
I was a member of the inaugural West Coast Fish and Game Council from 1991 to 1996 and was their appointee to the New Zealand Fish and Game Council, a position I held for 5 years until I moved to Christchurch to pursue a new career path. I currently work for an Engineering Consultancy in Christchurch where I am a member of a team of road and traffic engineers responsible for the maintenance and operation of all State Highways in North Canterbury and I am also involved in remedial projects following the Kaikoura earthquake.
As a current member of the North Canterbury Fish and Game Council and the Water and Wildlife Habitat Trust I have a passionate interest in the management of our sports fish and gamebird resource with a strong focus on sustainable management of the habitat. I understand the importance of good governance and fully support the recent changes made to re-establish our region as the premier Fish and Game region in New Zealand. I believe that I can continue to make a meaningful contribution to the Council based on wide ranging practical experience and a strong understanding of the legal framework surrounding habitat protection. 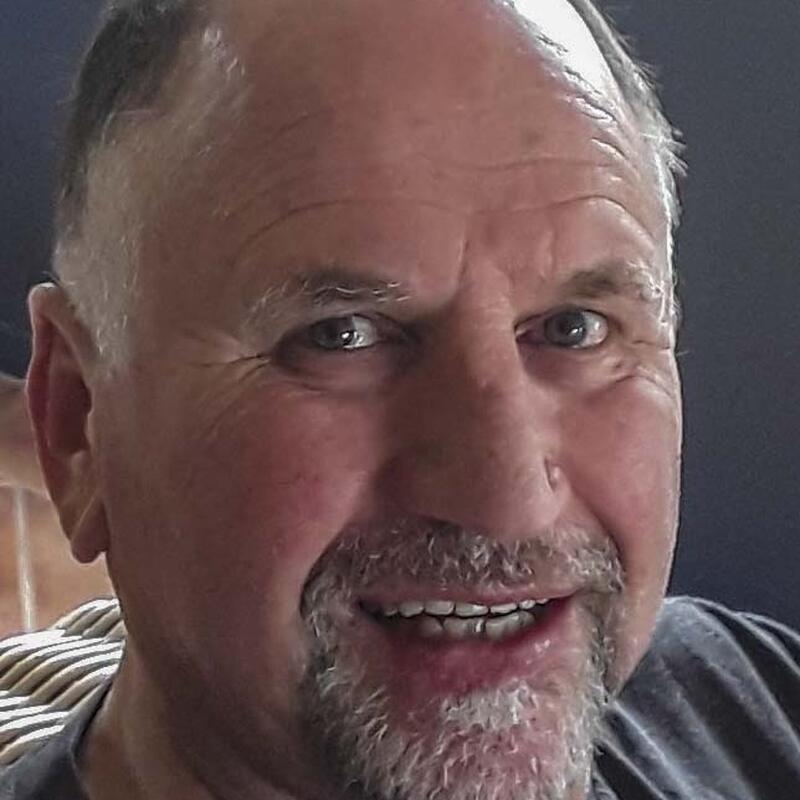 I am an active and enthusiastic angler and occasional hunter in my third term with Taranaki Fish and Game council.
I have extensive experience in agriculture and horticulture tertiary education having been a senior manager in this field for at least 20 years with PTEs and held positions that have covered the entire North Island and upper South Island at various times. My employment has developed my skills in communication and working with youth, farmers, landowners and Government and community groups including Iwi and Maori farming and education trusts.
I own a small beef farming operation near Hawera with my wife Michele and have also been a dairy farmer. I have a keen interest in improving water quality and biodiversity by working with landowners and other interested parties to achieve a good outcome for all. I am passionate about ensuring our fish and game resources are maintained for future generations to enjoy.